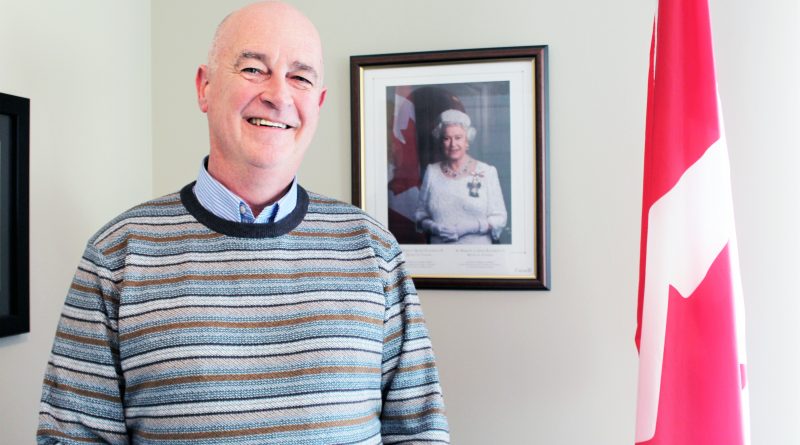 In October of 2019, the Member of Parliament for Avalon Riding found himself getting re-elected for a second term.

McDonald said he was proud to get such support from the riding, but also noted that Avalon had a prosperous year far beyond the realm of politics.

“2019 was a good year for the district, and of course I’m humbled and honoured to represent the people of Avalon again as their MP, but we saw a bit of a record year in some of the funding that we got, so that was a big thing for the riding,” McDonald said.

Among the funding was just over $12-million in infrastructure monies spread across the numerous communities in the riding. McDonald said that although such money can be a big boost to larger towns such as Conception Bay South and Paradise, it also does worlds of good for small communities. These small areas, he said, can and often do put the money toward basic quality of life improvements such as clean drinking water.

“ACOA (the Atlantic Canadian Opportunities Agency) was really good to the riding in 2019, with somewhere close to $10-million,” said McDonald. “That, of course, includes the recent announcement of $5-million towards the new Marine Institute facility in Holyrood.”

The New Horizons for Seniors program also helped many seniors live a more active and involved lifestyle, he added. In 2019, there was approximately $360,000 from that program that went into the riding.

“That’s free money,” said McDonald. “It isn’t something that people have to match the funding for, or have to have any percentage into at all. They can get up to $25,000 to do certain projects. St. Shott’s did up their kitchen, for example, and so did the Legion in Kelligrews here … Some places, like St. Peter’s church in Upper Gullies put in a mini split (heating) system in their Parish Hall. So, it really is a big help to a lot of organizations here in the riding that would not normally have that kind of money on hand to do those kinds of upgrades and repairs. So, really, 2019 was a fantastic year when you look at New Horizons alone.”

The Canada summer jobs program helped employ some 500 students in the riding injecting about $1.4-million into the economy last year, he added.

McDonald said such programs are important for rural Newfoundland, where employment can be difficult to find for anyone, regardless of age. He said the program enables many young students in small-town Newfoundland to acquire their first job, laying the foundation for further employment later in life.

“This goes to families who need it. They don’t take it and put it into a savings account. It’s money that they use to provide school supplies, to register for minor hockey or baseball, or even to buy clothes,” said the MP. “It’s money that gets used, and it’s tax free. So, it serves the riding well each year, and puts a lot of money in circulation.”

McDonald is particularly pleased with the level of infrastructure money that was spent throughout the riding in 2019.

“But, what people have to remember is that it takes a partnership to get that money out the door, because the community has to apply for it, it has to get approved by the province and then sent to be approved in Ottawa,” he explained, adding that community size does play a role in how much certain applications cost a municipality. Large towns such as Conception Bay South may be required to foot a third of the bill for tis projects, whereas smaller towns like Conception Harbour may only be responsible for about 10 per cent.

This means the funding program is not a one-size-fits-all situation, but still allows for both large and small communities to make use of federal funds.

“As a former municipal leader, I know the importance of infrastructure funding to a community,” said McDonald, who was mayor of CBS until his first federal election. “It not only helps us keep things up to par and not disappear, but also helps us grow. If it’s a growing community, there are always more demands, and you have to keep up with infrastructure if you want that development to continue. So, it’s good to see that money there for those purposes, and to see the communities taking advantage of it.”

Moving forward, McDonald said the riding still has a strong connection to the fishery and he sees some things that he thinks can be achieved in the near future to help rural areas, and the fishers who reside in them, thrive.

McDonald said he wants to see changes made that would not necessarily affect quotas, but would give fishers a better chance at making a living.

“That doesn’t exactly have to be something that’s going to cost the government money, either,” he said. “There are some policies and regulations in place that feel more restrictive to the fisher people, as opposed to giving them a better living at the fishery. I want to try and make a few pushes in the new year, and see what we can or can not do to make some good changes.”

“In a lot of these communities, if you take the fishery out, the viability of that community is gone. So, I want to try and make sure these communities survive, and stay where they are for quite some time,” McDonald said.