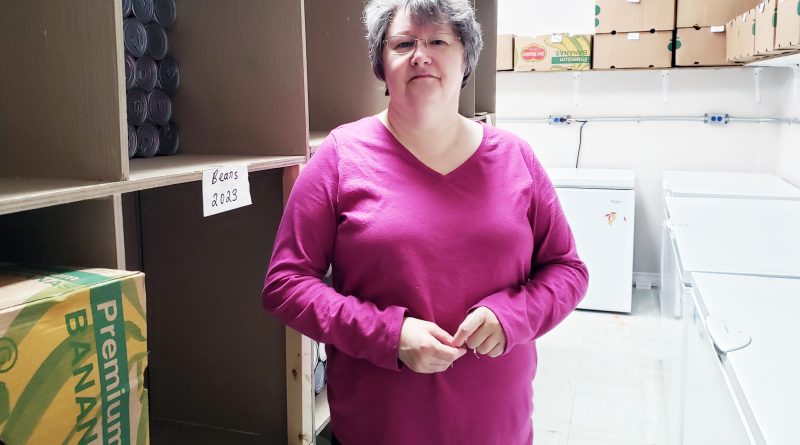 And that’s not a good thing

The CBS/Paradise Food Bank is still seeing a steady increase in the numbers of people depending on it for food.

This is not the only aspect of the Food Bank that saw an increase last year. In fact, everything from the number of clients to the need for more food increased in 2019 according to Faye Dawe, who runs the bank.

Dawe explained much of the increase is coming from seasonal workers who find themselves short on hours in the summer season, and are unable to access Employment Insurance (EI) as a result.

Mixed with the steadily increasing cost of living in the province, Dawe said more people are finding themselves in need of the food bank’s services.

“We also see a lot of people coming in who are sick. For example, if someone is diagnosed with cancer, then their flow of money comes to a halt. Seniors, too. If their husband or wife passes away, their income is cut in half,” Dawe said. “It’s a little bit of everything.”

Among the 3,757 hampers given out last year, some 3,320 were regular monthly hampers, with the other 437 being Christmas hampers – one of the busiest times of year for a food bank.

The hampers helped some 6,378 people, an increase of 859 from 2018. Although many were returning clients, there were some 204 new clients who made use of the food bank’s services in 2019.

This, Dawe said, is evidence that the role of a food bank is an increasingly important one province wide, especially as groceries, gas, and other necessities become even more expensive while wages generally remain stagnant.

“Two people could be working, but that might just be minimum wage jobs,” said Dawe. “Maybe they’ve got two kids. We all know the light bills are increasing, and the price of gas and groceries has gone through the roof. So, it’s just a continuous downfall from there. A normal family of two, if they need to get back and forth to work, then they’ve got two vehicles. Two insurances. Two trips to the gas station. Then, on top of that, daycare for the kids, and everything else that comes with being a parent. And the rent – a lot of people are paying somewhere around $1,200 a month for an apartment. Nothing is cheap, and it’s not like it was years ago when you could afford to stay home with the kids. People everywhere are just finding it hard to survive nowadays.”

Dawe has been with the food bank since 2005. Back then, she said, the most she’d ever seen using the bank at one time was around 130 families a month. Now, approximately 320 families depend on the food bank every month.

That amount of foot traffic hardly slows down after the new year, either. The CBS/Paradise Food Bank re-opened for the year on Jan. 7. In the three days that followed, Dawe served over 100 people.

“As quickly as something comes in, we’re packing it up into hampers again,” she said.

To showcase just how quickly food can enter and leave the doors of the food bank, Dawe said every hamper contains four cans of soup – vegetable, tomato, chicken, and mushroom. With 320 hampers going out each month, that comes to 1,280 cans per month. As of Feb. 3, when Dawe spoke with The Shoreline, that number of cans was not available at the food bank.

Without any aid from government, Dawe said food banks across the province find themselves struggling to keep up with the needs of the people around them.

Contrary to popular belief, food banks in Newfoundland and Labrador are not owned or operated by the provincial government, and receive little to no support from it. The banks rely on donations from the public to stay stocked.

Dawe said the CBS/Paradise Food Bank has been blessed with a very generous public, which has done wonders for the increasing needs of the food bank in recent years.

“Once the word gets out that we’re low on something, they just keep coming. The people are fantastic. But, that’s the only way we run. If we don’t get it from the public, we don’t get anything,” Dawe said.

“With more and more people coming in, we’ve also got to purchase more,’ Dawe said. “If I’m on tinned milk, or this or that, I’ve got to go purchase it … A lot of people think we get a discount on food because we’re a food bank, but that isn’t true either. We pay just as much as anyone else does, so I’m always keeping an eye out for specials and things like that.”

As a word of advice for those looking to make a donation of food, Dawe suggested the most effective way to lend a hand would be to purchase the same item in bulk.

For example, $10 worth of beans, or Kraft Dinner, would be able to service multiple hampers at once, rather than a large array of food that would only be able to go into one single hamper.

At the moment, the food bank is particularly short on things like Spaghetti O’s, and Chef Boyardee products. Tin cans of soup and beans are always a benefit as well, especially considering the food bank is currently delving into its 2021 stock for those items, and do not have any more beyond that, once those shelves get emptied out.