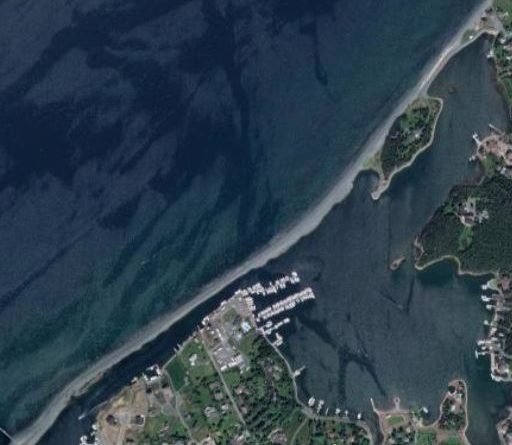 The town of Conception Bay South could be facing some hefty costs following the mess left behind by the record-breaking Jan. 17 storm.

Plenty of communities along the east coast of Newfoundland felt the effects of what is being referred to as ‘Snowmegeddon 2020’ following a record-breaking snowfall throughout the weekend of Jan. 17. Conception Bay South is no exception, with the community’s Mayor, Terry French, specifying three areas of the town that suffered the most significant damages.

Among them are the T’Railway that follows along the coastline of the community and the entire west end of Conception Bay South where damage has been dealt to the sewer line. Particularly, French noted some areas near the soccer field that were torn asunder by the weather conditions that had pipes sticking up from beneath the ground, and pavement in shambles.

The third, and most pressing in French’s opinion, is the barachois in Long Pond’s inner harbour.

“That is of an urgent nature. We’ve really got to fix that as soon as possible,” he said, detailing some of the damages such as large chunks of the natural breakwater being completely destroyed, which in turn led to sizable chunks of ice and rock washing ashore. Among those areas is the portion of land in which the town hopes to construct a community park this spring.

“There are private homeowners there, and some businesses there as well, like the yacht club, of course,” said the mayor. “So, we want to do something instantly … There is no doubt we’re going to continue to have heavy winds and rain.”

French said the town’s first step to remedying the barachois was to seek out a consultant with experience in such circumstances, who went on to hire on the help of a construction company that was also experienced in dealing with messy aftermaths of storms.

The repair work will begin along Atkins Road and continue west until the breakwater is back to good condition.

The work will not be cheap, but French said the cost is something that cannot be helped, describing it as an urgent situation that the town wasted no time in trying to fix.

Although as of Monday, Jan. 27 there had not been any sort of financial aid announced from the federal or provincial governments, French said the calls have been made for aid from both levels, and that the necessary help was forthcoming.

“We’ve been in contact with our provincial representatives, and the Premier has even been out to say that they’re talking to their federal counterparts. It’s just a process that will evolve over time,” said the mayor.

French did not have a dollar figure to attribute to the total amount of damage the town suffered, but had previously estimated it to be in the millions. However, he stated on Monday that he now believed it to be entirely possible that the damages could come at an even higher cost, reaching into the tens of millions.

“On top of everything else, we have roads as well that are just destroyed because of the storm, like Concord Drive, which used to connect to Lodge Road, but is kind of washed out now,” he said, also describing other roads that have been washed out and destroyed as well. “All of these things need to be addressed, and will add up.”

When it comes to the barachois in particular, French said this has also become something of a lesson. He said many man-made breakwaters do a good job of keeping things in order. However, this specific barachois is natural, and thus may not always be as effective.

This means that regular maintenance may need to become a habit for the town in the future, especially in the event the province anticipates another iteration of Snowmageddon.

“Ideally, we’d like to see a more significant barachois created there, so that we would not have to do this should another storm surge occur,” said French. “But, I mean, Mother Nature’s wrath is deadly sometimes, and we have to deal with it as it comes. But, we’re going to do something with this one on a temporary basis with the hope of seeing something more substantial there as time goes on.”

Repairs on the barachois have been ongoing, involving three excavators. French said the work will continue on a 24/7 basis until the area is safe again.

Although he was wary about applying a timeline to the repairs and when they may be completed, French estimated that if all goes well they should see the inner harbour breakwater repaired somewhere within three to five weeks, if not sooner.