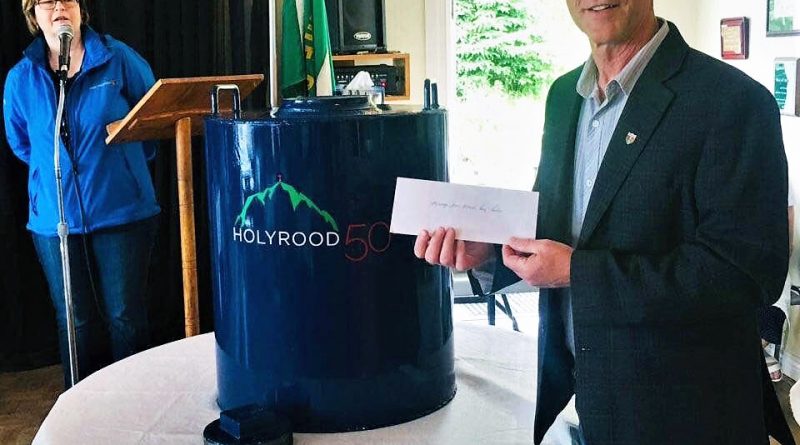 Holyrood council says its Come Home Year did exactly what it was meant to do – bring people back to the town in droves.

With their Come Home Year celebrations behind them, council members recently had a chance to assess the success of the festivities.

Organizers tied the Come Home Year to the town’s 50th anniversary of incorporation. The period July 12 to July 21 saw dozens of events and hundreds of visitors, including the unveiling (and burying) of a time capsule, a garden party and dance, and of course the annual Squidfest.

“It was a great job … everyone was so happy to be home, and even though we had a little bit of rain there a couple times, there was still a good turn out at things like the garden party, which saw a bit of weather,” said Deputy Mayor Curtis Buckle. “The (organizing) committee did a wonderful job putting it off, no doubt.”

Mayor Gary Goobie said the committee members, who oversaw the vast majority of planning the nearly 50 events over the span of 10-days, spent approximately 14-months in preparation.

“They were a quiet group, but they were working diligently, and very hard, behind the scenes. When the day came for the official opening of the Come Home Year celebrations, it was just phenomenal,” Goobie said.

The mayor highlighted the efforts of Steve Martin, the town’s recreation director, who was at the forefront of a lot of the Come Home Year planning.

Martin always had a plan B, or even a plan C, in the event that poor weather or some other problem arose that was out of their control, Goobie noted.

Council was also impressed with the sheer number of people that Holyrood saw visit the community.

“The numbers this year were absolutely incredible. We had a lot of former families who came back to their hometown to celebrate with the Come Home Year celebrations, and there were a lot of family reunions that were held during the festivities,” Goobie said. “No matter where you went, there was always large numbers of people around. Every single event was very well attended.”

Goobie said the festivities met their goal – to create and capture a sense of community spirit and unity within the community.

“That was the aim of the Come Home Year committee, and the celebrations. I think they achieved that, for sure,” said the mayor. “Everywhere you went, people were talking about it, and there was so much community pride that was shown. Even looking around at people’s properties, you can tell people were just ready to go that extra mile to make sure that their properties were perfected. Taking a drive around the community, you could tell just how much everyone was looking forward to these events.”

In fact, the events went over so well, one participant described it to Goobie as “mystical” and “magical,” he said.

To him, one of the most magical moments was watching the parade through town that acted as one of the first events to open up the 10-day schedule. Goobie said it helped him realize just how many people were spending time in the community.

“I greeted them as they came in and you could see the numbers – 10, 20, 30 people within a family unit,” said the mayor. “A lot of those were away for a long time and came home, and you could sense the community pride. The committee achieved what they set out to do, and that was to unify Holyrood like we’ve never seen before.”