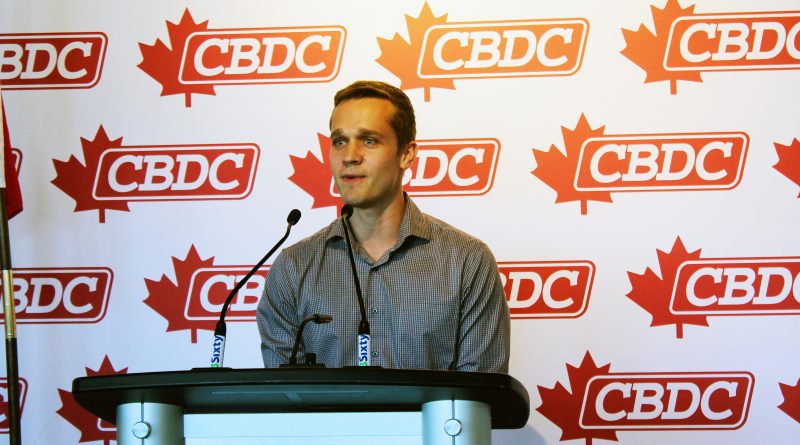 Matthew Lawrence is the owner and operator of TutorNL, a company he started in 2017 aiming to provide educational support to students of all ages, while employing former and current Memorial University students, who are a cut above the rest in performance scores.

Although the company, and Lawrence himself, are based in CBS, TutorNL offers its services in Paradise, Mount Pearl, and St. John’s as well.

Lawrence got his business running with the help of Youth Ventures, an organization that helps entrepreneurs between the ages of 12 and 29 start and run their own ventures.

At the Youth Ventures annual award ceremony in St. John’s last week, 21-year-old Lawrence was presented with the top prize, the Venture of the Year Award, which recognizes the business that experienced the most overall progress in the past year.

TutorNL currently employs some 40 tutors, skilled in various academic areas, so that the clientele of kindergarten to Grade-12 students have plenty of options to choose from. Besides running the company, Lawrence works full time with Husky Energy. On top of all of that, he is a mechanical engineering student at Memorial.

“When I completed my first year of mechanical engineering (at MUN), I decided it was time to take on another adventure,” Lawrence said, addressing the gala event. “TutorNL started as a small initiative to help junior high and high school students prepare for final exams. At the time, it was just a team of three. Today, TutorNL has grown to a team of 42 members. We’ve got an office in CBS, and with over 1,000 students benefiting from our services, TutorNL has had a very successful year.”

Lawrence said he first got involved with Youth Ventures in 2016. He credited the organization for providing him with the building blocks to get his company off the ground and become what it is today.

“Youth Ventures has done a phenomenal job in helping myself and many others start, and continue, businesses,” he said.