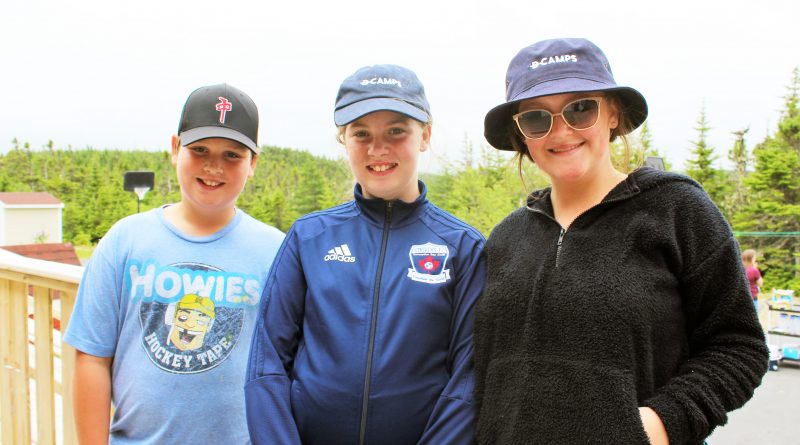 Camp Douwanna offers a new experience to children battling type 1 diabetes. It can be a difficult disease for young children to manage, and mean a daunting lifestyle change for those who are diagnosed later in life.

Oftentimes, the needs of a diabetic child can get in the way of run-of-the-mill activities that other children take part in without worry. This summer, some children with type 1 diabetes are being given an opportunity to hang out together at their own summer camp.

Across the country, Diabetes Canada has set up what they call D-Camps, which aim to help diabetic children manage their disease and learn about what it really means to be diabetic, all while enjoying the great outdoors.

Camp Douwanna on the Salmonier Line is one of nine D-Camps across the country. It’s typical of many summer camps with its cabins and counsellors and activities.

And that’s on purpose, according to camp director Morgan Tobin, who said the campers are treated to the standard camping experience that many children grow to love, with only a few slight differences to accommodate for the fact that everyone on the site is living with type 1 diabetes.

“We have a pretty traditional camping experience here – archery, sports and games, canoeing, campfires, the whole works,” Tobin explained. “But, we have the added benefit of having a full med-team, and nutrition team as well – for any medical stuff that the kids need.”

Camp Douwanna has been active for just over 50-years, dating back to 1968. The camp has been situated at its current location, Lavrock, for about six years.

Tobin, who has been a camper and counselor at Camp Douwanna for 16-years, said it serves an important purpose, not only in educating young type 1 diabetics, but also in providing the children with a place where they don’t feel like a special case.

At this camp, she says, they are surrounded by others who know exactly what they are going through, which can be therapeutic in itself.

“The big difference with Camp Douwanna, I guess, is that type 1 diabetes can be a pretty isolating illness at times, so most of these kids, they themselves are usually the only person they know who live with type 1, especially when they’re first diagnosed,” she said. “The ability to come here and make friends, and chat with people and connect with people who are going through the same thing, and they get it, that’s really what the biggest impact is that we have on these kids. A lot of our staff, as well, are former campers. So, we’re really lucky there – about 99 per cent of our staff comes back thanks to the connection they formed, and the community bond that they wouldn’t really get elsewhere.”

Plenty of the counselors found at the camp have stories about their first time attending camp, only to go on years later to become counselors.

David Rhodenizer, 12, has been attending Camp Douwanna for six years.

He said, the camp has become almost like a second home for him, where he can spend time with the friends he’s come to know over the last few years.

“We do a lot here – archery, sports, arts and crafts, swimming, everything.

We learn a lot here, and even though I’ve been coming for six years, I still learn a lot every time I come,” he said. “There are people coming here from all over the place who just want to come to camp and meet new friends, have fun, and that’s what keeps me coming back … the food is good too!”

Mackenzie Fagan, 11, is another of the camp’s enthusiastic campers. She and Rhodenizer are both from Conception Bay South, but now have friends from places like Corner Brook and Gander thanks to the connections they’ve been able to make at camp.

She echoed Rhodenizer’s comments, adding the experience has been especially good in helping her find people her own age who know what it means to live with type 1 diabetes. “It’s good to be around people with the same thing. They know what we’re going through, and we know what they’re going through. We can help each other,” she said.