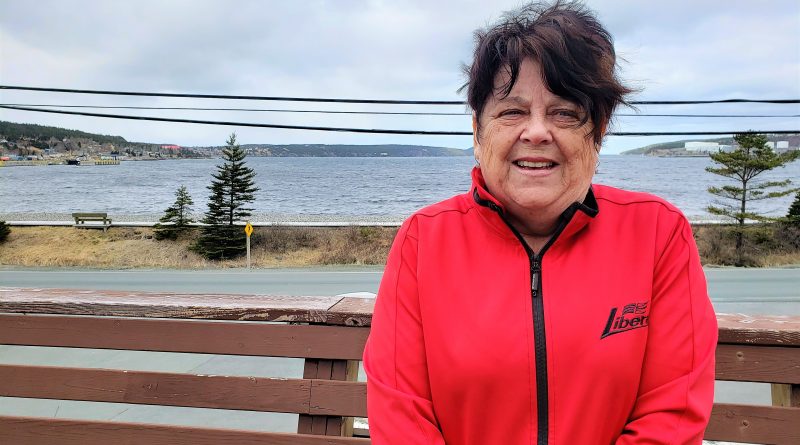 From losing her husband in mid-life to battling her own unexpected health issue for a short while last year, Betty Parsley hasn’t always had things easy. But rather than dwell on life’s knocks, the incumbent Liberal member for Harbour Main district prefers to fight on.

In an election interview last week, Parsley didn’t mention the hurdles that life has sometimes thrown at her, instead focusing on the things she wants to do for the district.

The former travel consultant has lived in the area her entire life and describes herself as having a strong passion for its communities. She was initially elected as MHA in 2015, but her political career dates back much further.

Starting in 2006, Parsley served as a member of council in Harbour Main, eventually moving up to take on the duties of deputy mayor. When her husband, Mayor Raymond Parsley, passed away in 2014, she went on to succeed him in the role.

A year later, she made the decision to move into provincial politics. That’s a decision she described as the light of her life.

“This job has been such a learning experience for me, because I came in there with a municipal background,” said Parsley. “This really helped me to navigate my way through the towns to get the things that we needed.”
Parsley counts getting money for water infrastructure in Marysvale and Georgestown as among her accomplishments so far. She also managed to land money for paving and road repairs on Route 60 in Holyrood last year after a storm washed out an area near Veitch’s Hill.

Over the last few years, Parsley has also gotten involved in local seniors clubs, as well as mental health and disabilities groups.

“I advocate very strongly on those issues,” she said.

It’s this advocacy and her work ethic, that makes her feel confident about the upcoming election, Parsley said.

“We’re after bringing in a lot of contracts and awards and things to the area,” said Parsley. “I feel very positive about this election, because I’m a person that, when I get out of bed in the morning and my shoes go on, I work until 10 at night – there’s no such thing as not getting me. I get back to everyone at the end of the day, if I can. Most of them I do. People know me for who I am. They say I’m friendly, I stop dead in my tracks at the supermarket to talk to anyone who wants to talk. If they’re walking on the side of the road, I stop and meet them – I’ll always chat… I’m familiar with the district, I’m familiar with the people, and both of those are very dear to me.”

Parsley said she is not finished with what she has started as an MHA and she is eager to see what she can do for towns such as North River, Holyrood, and Seal Cove in CBS in the coming years.

“I want to just see these towns grow and strive, and continue with small projects,” she said. “I want to make sure we can keep bringing in projects that are going to keep people working. I have to go to my government and ask for these things, but I’m glad to say that most of the things I go looking for, I get.”

Parsley said her involvement in politics was almost a no-brainer. She can remember her eight-year-old self helping her father campaign for Dr. Cliff Joy. Politics was bred into her, she said.

“Yes, I can certainly say (politics) is a strong passion for me. The commitment was always there, and now that I’m into it the way that I am, the commitment is even stronger,” said Parsley. “I’ve seen what I can accomplish, and I want to see as much get finished as I can…

“There’s places looking for fire trucks, for example. I have to keep working on their behalf, because I am their representative in government, and if I don’t go looking for these things, then it won’t get done,” she said. “Contrary to what someone else might say, I am at the door. My office is open every day. People come by with their issues, and we try our best to resolve them – once that one is resolved, we move on to the next. We’re always, always working.”