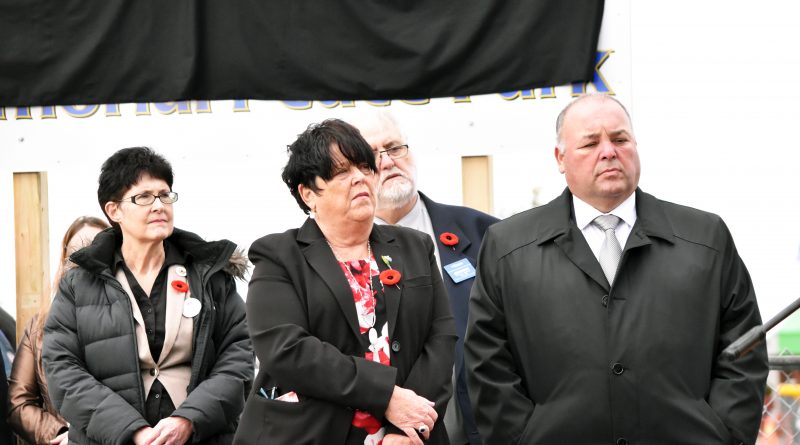 Heading into a provincial election year, Harbour Main MHA Betty Parsley said she hasn’t officially hit the campaign trail yet, but neither has she stopped meeting with and advocating for residents in her district during her term as MHA.

“I haven’t started (campaigning) yet, I might as well be honest,” said Parsley. “(But) when it starts, I’ll put every hour and every minute into it… From the moment I get out of bed in the morning until the moment I go to bed at night I’m either on the phone or dealing with something. I made a commitment that when I won this seat that I would never let a day go by before I didn’t get back to someone… The biggest and nicest part of my job is to help people in need. My phone is always on; I’m only a phone call away. If it’s 10 a.m. or 10 p.m., it gets answered.”

Referring to a number of recent funding announcements in her district, including some multi-year capital works projects for towns in the area, Parsley sees a major part of her work as an MHA to be wrestling money from the province for the rural towns she represents.

“There’s not a day or an hour goes by that I’m not looking for something for the district and I’m usually pretty good at securing whatever comes my way,” said Parsley.

Parsley noted that over the past year she has secured some $22 million in funding for her district, which extends from Seal Cove in Conception Bay South all the way to Clarke’s Beach. That cash has been injected into a number of infrastructure improvements in the area, most notably the repaving of part of Salmonier Line, which was initially planned for 2020-2021 but got completed this past fall.

“With Holyrood Come Home Year coming up, that was big,” said Parsley. “I was very fortunate, this year, to get Salmonier Line paved.”

One issue that will affect the pockets and purses of all her constituents is the looming power rate increases due to the Muskrat Falls project. Parsley acknowledged that people are asking her how the government will mitigate the impact. Even Holyrood town council has requested that Parsley press the province for details.

While Premier Dwight Ball has said that neither ratepayers nor taxpayers will be punished because of the project, there have been no details announced as to the government’s plans in that regard. Neither the provincial PCs or NDP have coughed up a mitigation plan either leaving the issue as perhaps the central question to be settled in this year’s provincial campaign.

“Rate mitigation is being worked on,” said Parsley. “I already went back to Holyrood and they were satisfied with the answer. That’s being worked on from the higher powers to see what can be done, because that’s a big issue. But, according to the premier, that will not come back to (impact) the people.”

Muskrat Falls aside, Parsley got a promotion last year when she was tapped to serve as the Parliamentary Secretary to the Minister of Service NL, Sherry Gambin-Walsh.

“I was honoured to be asked by the premier to take that position on,” said Parsley.

The Department recently saw passage of new provincial legislation for driver and vehicle safety, occupational health and safety and consumer protection. Parsley pointed to new legislation covering workers affected by post-traumatic stress disorder as a Bill she was particularly proud to help pass in the House of Assembly last year.

“That was a big piece (of legislation),” said Parsley. “It was only, usually, for first responders but now it’s for everyone.”

Now, as Parsley approaches the general election in 2019, she said she is confident about the Liberal Party’s chances of remaining as the governing party. Parsley pointed to what she believes is the recent success of the Liberal government in managing the provincial economy as a major reason why she remains confident in their chances.

“With the Way Forward (plan), we have moved ahead in a lot of areas and brought a lot of economic development in the area,” said Parsley. “Things are changing for the better.”