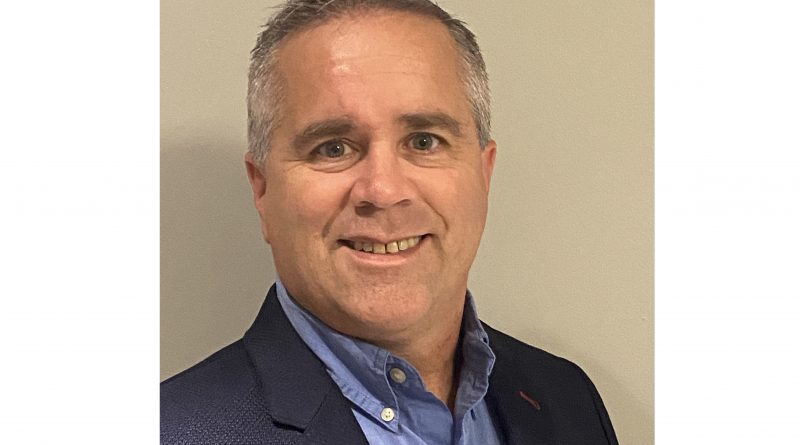 A man known in Paradise for his work on the soccer field is gunning for a seat at the council table.

Simon Walley moved to Paradise 25 years ago and has volunteered with the Paradise Soccer Club (PSC) for over 14 years. He also served on the PSC executive and plays in the Paradise Rec League.

But now Walley says he wants to help the community beyond the soccer pitch.

“I’ve always had an interest in politics, and I graduated from MUN with an Arts degree in History/Political Science, so I’ve always enjoyed politics,” said Walley. “I can remember for a couple of my courses attending the town meetings, because that was part of what you had to do. And you go to a meeting, and you’re kind of amazed at how fast things get done. And you end up leaving with more questions than you had when you were going in. So, you’re learning that stuff is done behind closed doors.”

Based on those and other experiences, Walley said that greater transparency and communication is needed at the town hall.

“I’m a project manager as well, and I’m a coach, so one of the most important things that you have to do to have a successful project or a successful team, is that you have to communicate. You have to get this information out there, rather than have everything become a guessing game, or hearsay, or what have you,” Walley said. “So, obviously you want to be transparent, you want to work for the people, and you want to make sure that the right message is getting out. There are certain things, if you’re dealing with privacy issues, when you do have to have a discussion behind closed doors. But it’s about getting the message out there about what the plan is, and what you intend to do, and not have to have residents go look for this information, but to have the information going out to residents.”

While he’s proud of the growth Paradise has experienced over the last decade or so, that growth comes with its own set of unique problems, and of those problems Walley hopes to address is the congestion on some of Paradise’s main roads, including Topsail Road and St. Thomas Line.

“Paradise is doing well,” said Walley. “It’s the fastest growing municipality in Atlantic Canada. So, obviously we’re doing things right. We are attracting people to come here and we are attracting business. But there are things that we really need to improve upon. Council has done some really good stuff with the roundabouts and off ramps and intersections, but I don’t think it’s enough. It took me 20 minutes to get from one end of Topsail Road yesterday just to get up on the highway. And then in the evening, if you don’t get out of the office at a certain time, you’re stuck in traffic for a lot longer.”

“There were plans to hook up to the CBS by-pass road, well, where are we with that? You don’t see or hear anything on that anymore,” said Walley. “You have all these subdivisions going off St. Thomas Line, and that’s going to end up backing up (traffic) and you’re going to have problems there. So, maybe we have to look at how you can hook up from the Outer Ring Road to Trail’s End Drive or to Paradise Road.”

“You look at the facilities we have, and we’re way behind when it comes to a lot of sports,” said Walley. “It’s great that we have the hockey arena now with the double ice surface, but we have soccer (needs). We have a turf going up now, which is great, but we’re way behind on that. You have other sports, such as baseball, and there’s only two places to play baseball. One is Peter Barry Duff, and the other one is off Milton Road, which is actually I think a softball field. So, we’ve got to do better in that regard, because right now, when you get to a certain age in sports, you have to go outside of Paradise to play any of them.”

New facilities would need to be built with financial help from the provincial and federal governments.

Walley said motorcycles and dirt bikes on the roadways are another major concern of his, and one many others are concerned about as well.

Whatever the issue, Walley said he will listen to both sides and try his best to come up with a solution agreeable to all.

“There are always people who have said that I was the type of person, that I have the character, that I should get involved in politics, and that I would be an excellent councilor,” said Walley. “So, I said that this election was the right time for me to step up… I have the credentials behind me as a project manager, and I’m someone that’s good at communication. I’m going to work for you, and I’m going to listen to your issues.”