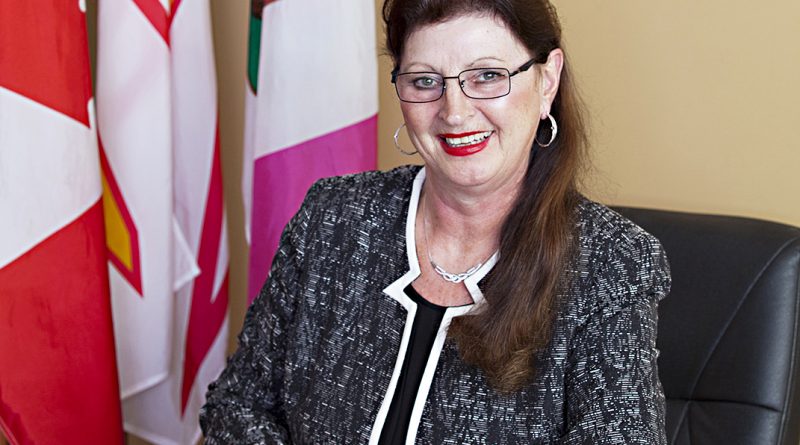 The year was 1993, and the month was September.

Brian Mulroney had already resigned from office, paving the way for Canada’s first ever female Prime Minster, Kim Campbell. Steven Spielberg had released his sci-fi blockbuster Jurassic Park, which became the highest-grossing film of all time until Titanic was released four years later. Patrick Roy and the rest of the Montreal Canadiens hoisted the Stanley Cup after defeating the Kings in a five-game series and remain to this day the last Canadian team to win the cup.

And in Paradise, Deborah Quilty was elected to town council. She has been there ever since.

Quilty is running for council once again, and should she be elected, this will be her eighth consecutive term serving on council, including one term in which she served as deputy mayor.

“Over the last 28 years, I’ve seen astronomical growth in the Town of Paradise,” said Quilty. “And as a veteran councilor I want to see development and infrastructure in Paradise continue to grow.”

She said she’s proud to have been part of a number of projects in recent years, including the construction of the Community Centre, Double Ice Complex, Paradise Park, new schools – including most recently Paradise Intermediate, a new fire station, as well as the continuous development in the Octagon Business Park, and completion of the Transportation Study, which addresses traffic congestion amongst other things.

“When you make a decision to build a community centre, or an arena or a trail system, you want to make sure that that decision is made with the best interest of all residents,” said Quilty. “So, when a decision is made, it is certainly a very rewarding experience to know that you have made a decision that will benefit all those residents who come out and use our facilities and trailways in Paradise.”

Continuation of water and sewer projects is high on Quilty’s priority list.

“I’m so happy and proud to say that we’re down to about a half a dozen streets left to be serviced, which is a main goal,” said Quilty.

“Certainly, I want to see continuation of the traffic study and we’ve been lobbying to the province for new highway construction to get people in and out of Paradise,” said Quilty. “But, with the traffic congestion that builds up on Topsail Road and coming through Paradise Road and down St. Thomas Line, we are in dire need of a new roadway to at least give people another route to use to get in and out of Paradise.

“Increased growth means increased pressure on the existing infrastructure, and one of the things that I really want to tap into and make sure happens is the continuation and upkeep of infrastructure that we have in place today. We have a lot of infrastructure and buildings in Paradise that we have to maintain and keep up, and that’s certainly a part of the everyday working of a council.”

Quilty is also concerned about the use of ATV’s on public roads, and has heard many similar concerns from residents, although she notes that policing ATVs falls more under the jurisdiction of the RNC than council.

Maintaining the mil rate while keeping a balanced budget, preserving discounts for seniors, and addressing affordable housing for lower-income residents are also high on her priority list.

And while other candidates, particularly candidates who have not previously served on council, have indicted concerns about the level of transparency that exists within the council chambers, Quilty does not share those concerns.

When asked if she felt council is transparent, she responded with a resounding, “Absolutely.”

“We are one of the towns that is more than transparent,” said Quilty. “We provide all the information that we have, we have a communication department set up, our staff are out there communicating back and forth to the residents about all the new issues that come up. New developments are posted, and discretionary use notices, all of those things are posted for the benefit of all those residents in the town. So, transparency certainly has been on our radar and working fairly well in the town, so that people are kept up to speed with what’s happening in the town of Paradise.”

Quilty is far from the only member of council running for re-election. Mayor Dan Bobbett will serve a third term as mayor, having been acclaimed, while Elizabeth Laurie, Patrick Martin, and Kimberley Street are also running for another term.

Absent from that list of course are Sterling Willis and Allan English.

“They’re certainly missed on the campaign trail for sure,” said Quilty. “And in particular, councilor Willis has been a longtime friend and colleague of mine, and I would run into him out on the campaign trail in every election, and the same with councilor English. It will definitely be a different looking council chamber once the election is over.”

Quilty, who extended her thanks to residents who have supported her these last seven terms, said her track record proves she is a candidate deserving of a vote come election day.

“The feedback I get from residents at the door is, ‘You have been doing a fantastic job over the last 28 years,’” said Quilty. “It comes up a fair bit that people acknowledge and recognize that I am one of the veterans of council in Paradise, and they are so proud to see me knocking on their door and seeking their support in the election coming up in 2021.”