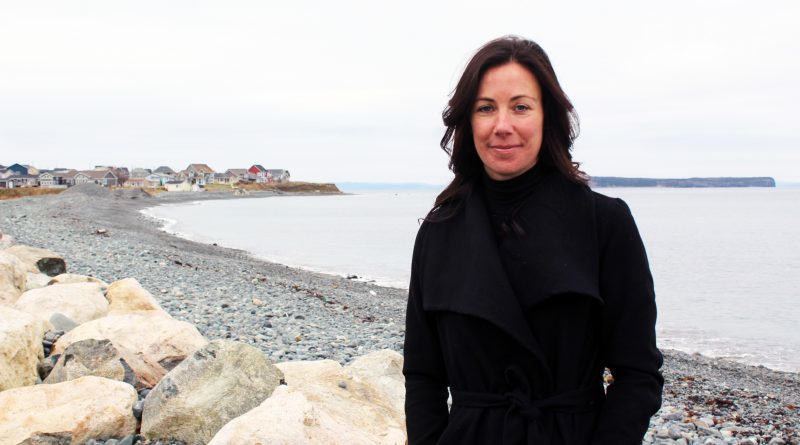 Though all of the parties are denying interest in a fall provincial election, they have spent all fall filling slates with the latest being in the District of Conception Bay South where newcomer Shelley Moores was acclaimed to represent the governing Liberals against incumbent PC Barry Petten.

Moores is new to politics, but is involved in a number of local groups including the CBS Soccer Association.

A resident of the town for 14 years, Moores said she became increasingly involved in the community as her three children were growing up. Moores has volunteered with the Topsail Elementary and Villanova school councils, and the Manuels River board of directors where she has been heavily involved in the annual Giv’er on the River fundraiser.

“I loved being able to give back to the stuff that they (the children) were getting involved in,” said Moores. “I was also on the CBS Soccer board and have been involved with them now since around 2005. Since then, I’ve managed or coached teams that my kids have been involved in. More currently, I started working with the Healthcare Foundation. While I was volunteering, people would reach out to me for help with different events that they were doing.”

That experience led to employment with the Healthcare Foundation, major fundraising events. Moores is also on the board for the Association of Fundraising Professionals.

As for politics, Moores said she has always had an interest but never had a good opportunity to get properly involved.

It was Moores’ uncle, John Efford, who initially sparked her interest in politics. She said that she could always see a bit of herself in him.

“I considered it the last time around,” she said, “But it would have been a bit too much of a rush for me. But now, the time has come. I feel like if I’m ever going to do this, it’s now. I feel like I have a lot to give to CBS, and I see so much potential here. I’d just like to give back to the community at a higher level.”

This would be Moores’ first foray into politics. Although only nabbing the nomination last week, she said it has been an exciting undertaking so far.

“There are so many people texting, calling, messaging me saying that they’re so happy for me and want to get involved in my campaign,” said Moores. “It’s actually been a little bit overwhelming.”

Moores admitted said was nervous after putting her name forward. “Ever since then, I’ve just been getting a lot of positive responses and comments from people. Now, I’m really excited.”

Moores said she sees potential for a lot more economic advancement in CBS.

“CBS is such a beautiful spot, and I feel like there’s a lot more we can offer, which would also tie into our tourism,” she said. “Those two can go hand-in-hand. We could be a destination for so many more things, but we haven’t quite gotten there yet. I have a passion for CBS and want to see it expand economically over the years. Even with regards to sport and recreation. There’s a lot that can be done, and now is as good a time to focus on that as any, because there are a lot of younger families coming into the community and growing up here. We need to keep those people here, and that’s the way to do it.”

Moores has already sorted out her campaign managers, and said the next big step is to establish a headquarters. After that, it’s going to be all about getting out and speaking with people.

“I’m looking forward to hearing from people, what their views are and what their issues are,” she said. “That’s what I’m all about: speaking on behalf of people and really understanding what it is they want. So, I’m excited about what people will say and what they think CBS should be or have.”

As for the date of the election, Moores is unsure when that may be.

“I wish I knew myself. I’ve heard early spring, but truly I don’t know,” she said. “I’m handling this the way I do with events: I prepare myself as if it’s happening the next day. I just always want to be prepared and ready, so that’s how I’m planning to face this as well.”