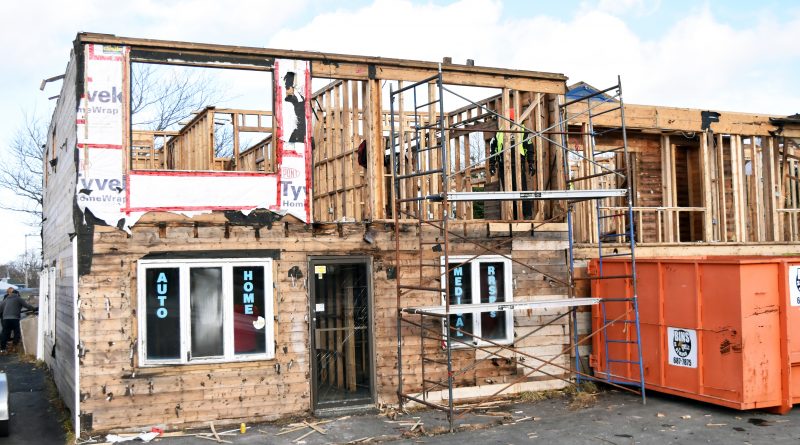 The former Co-operators Insurance building at the corner of Church Road and Route 60 in Foxtrap has been getting a lot of attention lately.

That’s because a construction crew has been tearing down the façade and much of the inside for extensive renovations.

The building, which has been empty and for sale for years, was purchased in August. The realtor whose sign adorns the building, Scott Andrews, referred calls about plans for the building to fellow realtor Nancy Jones of Century 21. Jones said she was not at liberty to disclose the identity of the buyer, or the future use of the building just yet, noting there are plans in the works for a grand opening.

However, The Shoreline has learned the new owner of the property is well known CBS businessman Kirk Butler, who operates a number of personal care homes, construction businesses and a daycare in the region. Butler wouldn’t confirm publicly The Shoreline’s information that he plans to establish a health and wellness centre in the building.

The previous owner of the structure had trouble selling the property because prospective buyers had to come up with plans that would meet approval with the town’s development regulations. An application a year or so ago to open a Chinese restaurant in the building, for instance, was rejected at council because of limited parking.

Butler said it will be another 12 weeks or so before the building will be ready for occupancy.