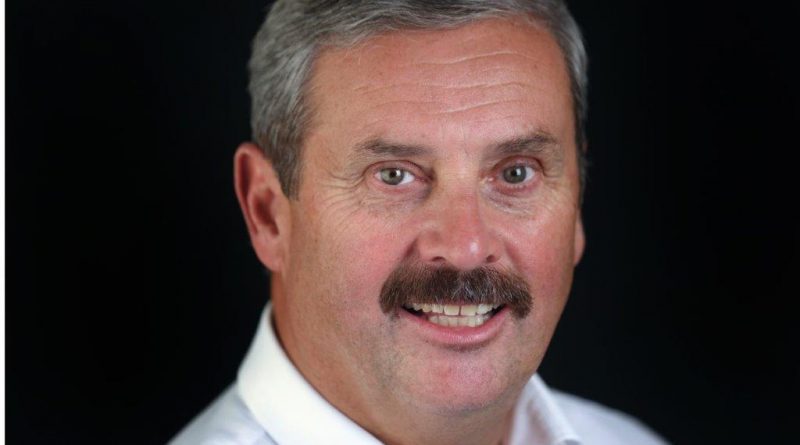 Bevy of athletes from CBS, Mount Pearl and CBN in contention for province’s annual sports awards

An annual gala put off by Sport Newfoundland and Labrador has been cancelled, but the awards are still going out.

Recently, Sport NL announced the finalists for various awards that are typically presented to the winners at the annual Stars and Legends Awards Gala that aims to highlight the hard work and effort put in by the province’s athletes, volunteers, and administrators. However, due to the tight restrictions laid out by the province and other healthcare professionals in the fight against the coronovirus, that gala has been cancelled.

A number of the award contenders hail from communities within The Shoreline’s coverage area.

Shailynn Snow of Clarkes Beach is a finalist for the junior female athlete of the year award. Snow was named to the 2015 Canada Winter Games U-18 as a double under-ager, where they won the gold medal. She was later named captain at the 2019 Canada Winter Games.

Snow most recently played NCAA at St. Lawrence University, where she tallied 13 Points (two goals, 11 assists) in 18 games. In 2019, she was named to Team Canada’s U-18 National Women’s team, which captured Gold in Obihiro, Japan. In her final year at Ridley College, Snow was named captain of her team picking up 35 points (26 goals, nine assists) in 23 games. Snow has played at the provincial, national and international level, and her leadership serves as inspiration for young girls in the sport of hockey.

Joshua Kennedy of Carbonear, a finalist for Junior male athlete of the year, enjoyed a successful softball season at the local, provincial, Eastern Canadian and National levels in 2019. At the local level Kennedy captured a silver medal in the U-16 Boy’s Division of the Constable William Moss Memorial Tournament, where he participated in the Intermediate Men’s Fastpitch league and Senior Men’s Fastpitch League. Provincially, Kennedy participated in four fastpitch tournaments – the U-16 boys, U-19 men’s, Intermediate men’s and Senior men’s, earning a gold in U-16 Boy’s, a silver in U-19 Men’s and finished with an impressive .455 batting average (5-for-11) in Intermediate Men’s. At the Eastern Canadian level, Kennedy aided in capturing a bronze medal at the U-16 Boy’s Eastern Canadian Softball Championship and was named to the Tournament All-Star Team as an infielder and a top 10 performer. Kennedy represented Newfoundland and Labrador at the National level at the U16 Boy’s Canadian Fastpitch Championship, where he was named to the Tournament All-Star team as an infielder.

Dawson Mercer is another finalist for the junior male athlete of the year award. He is a hockey player hailing from Bay Roberts who has proven his sporting abilities as the first Newfoundlander selected to Team Canada’s World Junior Team since Luke Adam in 2010. Mercer has been part of Hockey Canada team blue U-17 team, and was a member of the QMJHL all-star team, where they competed against Russia in the Canada vs. Russia series. Mercer had 3 points with two goals and one assist in two games. This past season he played in the QMJHL with the Chicoutimi Sagueneens, tallying 45 points, with 18 goals and 27 assists, in 28 games.

Gary Corbett of Holyrood has been involved in the sport of Softball for more than 30 years, from minor teams at the local, provincial, eastern Canadian and National and Canada Games level, as well as the local, provincial, and national levels for adult teams. For that reason, Corbett is a finalist for the Executive of the Year award. Corbett has served on the Softball NL Board of Directors from 1998 to 2001, and during the 2017 Softball NL AGM and Election of Officer he decided to run for President. He proved successful in this endeavor, as he was elected for a 2-year term in 2017-2019 and was recently re-elected to serve an additional 2-year term from 2019 until 2021. Corbett has held the position of Vice-President on the Softball NL Board of Directors from 1996-2001; and he has been affiliated with numerous committees since 1988, including the 1994 Women’s Worlds, 1995 Senior Men’s Nationals (chair), chaired a Senior/Intermediate League Committee to Review Constitution and By-laws, along with many other positions. Corbett is known for his meticulous attention to detail and his ability to get tasks and goals accomplished, while maintaining an inclusive and welcoming environment. In addition to all of these contributions, Corbett was a member of the coaching staff for the Galway Women’s Fastpitch Team in 2019, the host team for the 2019 Women’s Canadian Fastpitch Championships.

Joe Fowler, a finalist for volunteer of the year, is a dedicated and passionate member of the baseball community in Newfoundland and Labrador, evident through the number of roles he has served. Locally, Fowler is a member of Mount Pearl Minor Baseball, where he holds the position as treasurer in addition to his role as a coach. Fowler coached the 13U AAA Blazers in the 2019 season, culminating at the Baseball NL Provincial Championships, in addition to coaching the 15U AA Blazers in the late 2019 season, coaching them at their Atlantic Championships after they qualified to attend. Provincially, Fowler serves on the Baseball NL Board of Directors as treasurer and is a newly acquitted member of Minor Committee which aims to make the minor-division baseball at the Provincial level the best experience possible for players, parents, coaches and other volunteers. Fowler’s commitment to volunteerism through his administrative, coaching and player development responsibilities makes him a shining light for sport in this province, which led him to be the recipient of the 2019 Baseball Canada-MLB Volunteer of the Year Award for Newfoundland and Labrador.

Allison Kirby, of CBS, is the Head Coach of Cygnus Gymnastics in St. John’s and is in the running for Coach of the Year. She sits as a member of the Gymnastics Newfoundland and Labrador Technical Committee. In 2019, Allison facilitated a number of Club camps and took her athletes on a tour of clubs in Ontario to give them experience with a variety of training aids not available at their home club. Allison took part in many professional development opportunities in 2019 and is currently the highest level gymnastics trained coach in our province, holding Competition 4 (High Performance) Status. As head coach, Allison is hands-on with a number of athletes in the gym, the highlights being a fourth place All Around finish at Nationals, Silver medal on Beam, Bronze medal on Bars and Beam, as well as an athlete competing at Elite Canada, which is a competition used to identify potential athletes for carding and national team ranking. Allison also had four of her athletes invited to attend Gymnastics Canada’s National Aspire Camp. In 2019, Allison was awarded Coach of The Year by Gymnastics Newfoundland and Labrador.

Also up for Coach of the Year is Mount Pearl’s Mike Oliver, who has been coaching Soccer for 10 years and has coached in Provincial and National competitions. Mike has worked extremely hard to enhance the quality of training for the young women’s soccer Feildians Jubilee Trophy Team. At the Canada Soccer Toyota Jubilee Trophy Nationals, the Feildians Jubilee Team finished fourth overall. This finish included beating the Newfoundland and Labrador Champions and tying the Ontario Champions.

And finally, in the Official of the Year Award category, Mount Pearl’s Tara Jensen is in the running. She has been a dedicated official for Newfoundland’s artistic swimming community since 2013, as an accredited level 2 referee at the Regional, Provincial and Atlantic level. Tara has been a leader aiding in the implementation of Long-Term Athlete Development Framework (LTAD) in the province, paying personal attention to athlete development while possessing a nurturing presence as she guided young athletes through competition procedures. Tara’s passion for artistic swimming is evident through her extensive knowledge of the rulebook, and her ability to make athletes feel prepared in high-stress situations, while taking the mental health of athletes seriously. Tara has recently been selected by Canada Artistic Swimming to be evaluated for the upgrade to a level 3 referee, making her eligible to referee at National events as the only level 3 referee in the province. Tara’s position as a volunteer on the NLAS Board of Directors as Chief Referee aids her in supporting the artistic swimming community while supporting other board members in their roles.