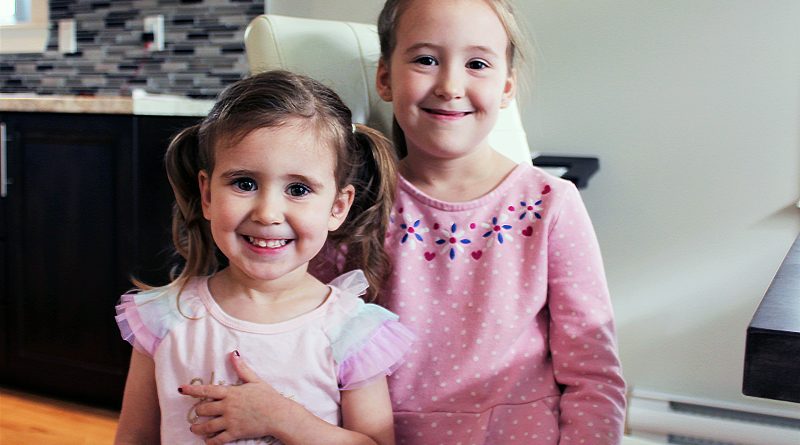 Clara Dawson is a young girl with a big inclination to help others.

In September of this year, Clara Dawson’s grandfather Wayne Piccott passed away. Despite the sadness that this can bring to family members, his granddaughter Clara, a five-year-old grade one student at Topsail Elementary, wanted to do something special to help carry on something that her poppy was passionate about – giving to others.

The Paradise/CBS food bank was an organization that Dawson’s grandmother, Mary, said was close to Wayne’s heart, and so at the funeral home, young Clara took it upon herself to seek out the help of those who might have the same penchant for charity.

With notebook and pen in hand, Clara invited a group of people to accompany her to a small office in the funeral home and asked if they would like to “help boys and girls who didn’t have enough to eat by making a donation.”

When asked what made her want to carry out this charitable task, Clara told The Shoreline “it just came to me,” followed by a proud smile.

The idea of volunteering and giving to charities is not a new concept to Clara.

“She’s volunteered with her dad at a few food drives through work, so she’s familiar with the food bank” explained Clara’s mother Christa, adding the idea to raise money this time around was something Clara came up with all on her own. “We didn’t even know she was doing it until she had $20 raised.

So, she just kept going, and we were pretty impressed with what she had raised.”

At the end of the two-hour visitation, Clara had managed to raise upwards of $61. This number escalated to $134 after a heap of recyclables were collected from Wayne’s shed and brought to the depot.

Following this, Clara and her two-year-old sister Beth took to their piggy banks to bring the total to $141.

“We were going to donate the money, but we thought it’d be nice for Clara to see just how much that money could buy,” Christa said.

The family made a trip to Sobey’s in Long Pond with the hopes of buying as much groceries as they could with the $141 to donate to the food bank.

That was when the Sobey’s crew were made aware of what it was that Clara was doing, and decided to match her donation. This meant that Clara now had $286 worth of groceries ready to give to the food bank.

The donation certainly left an impression on Clara, who said she may try to raise money for the food bank again in the future.

“We’ve got a lot of cans, and stuff like that,” Clara said. “It made me proud. Now people don’t have to be so hungry anymore.”

One thought on “Poppy’s girls”