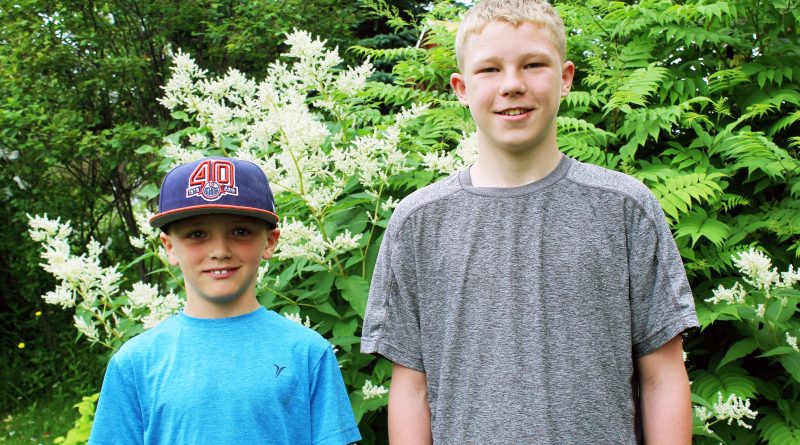 It had been an entire year since it was first lost, but one boy’s ring was finally found.

The Muddy Hole is a popular swimming spot in Seal Cove. Approximately one year ago, in July of 2018, Jacob Smith of Conception Bay South was gifted a ring from his grandmother that had once belonged to his grandfather. The ring, which Smith told The Shoreline is called an Eagle’s Eye, was a gift he was very proud of.

Unfortunately, that same day, during a swimming trip to the Muddy Hole, Smith lost the ring. He didn’t realize it was missing until the next day when Smith’s mother, Kelly, asked about it. Smith said he was quite upset to find it not where he thought he had placed it at his bedside.

That afternoon, and throughout the days to come, the family of one of Smith’s friends lent a hand by scouring the area he had lost it with a metal detector. However, try as they might, the ring was nowhere to be seen.

“We couldn’t find it, and we thought it was gone forever,” Smith said.

Fast forward one year to early July of 2019, when eight-year-old Jacob Scott was out for a swim on a hot summer’s day with his older brother. During his dip in the popular swimming hole, Scott came across something he described as a glimmer underneath the water. When he managed to get hold of what he saw, he plucked a gold ring from between the rocks.

Scott admitted he was initially pretty excited about his find. However, he and his grandmother, to whom Scott showed the ring after its discovery, soon came to realize the ring could hold sentimental value to someone out there, and that it was now upon them to try to track down the rightful owner.

Scott’s grandmother took to Facebook with photos of the ring, in hopes of finding the person who had lost it. Only if no one claimed it would Scott be allowed to keep the ring as his own. However, that was not the case.

Two weeks later, the mother of the same family who had been helping Smith with their metal detector search in 2018 came across the post in a Facebook group designed for residents of Conception Bay South. She immediately recognized it, and reached out to the Smiths.

From there, it was like the final piece to a year-long puzzle had been found, and Scott was able to return the ring to Smith who, coincidentally, did not live far from Scott’s grandparents’ house. It was at this point that the two Jacobs also came to find out that their grandfathers also shared the same name – Bill.

“The ring means a lot to me,” Smith said. “My grandfather died eight years ago, and my Nan gave me this … I was so upset when I lost it, we didn’t even tell my Nan. We tried to keep it on the down-low, and only told her once we had found it.”

Two days after the ring was back in Smith’s hands, a flower service was held for his grandfather, allowing him to wear the ring to the special occasion.

Smith said it almost felt as though it was meant to be.

“We’re really proud of Jacob … and we’re really happy with the way this all played out,” said Bill, Scott’s grandfather.

“It was almost unbelievable, and so many coincidences, it was crazy. But, we’re over the moon to have the ring back home. It couldn’t have happened at a better time, really,” added Kelly Smith, Jacob Smith’s mother.
chris@theshoreline.ca