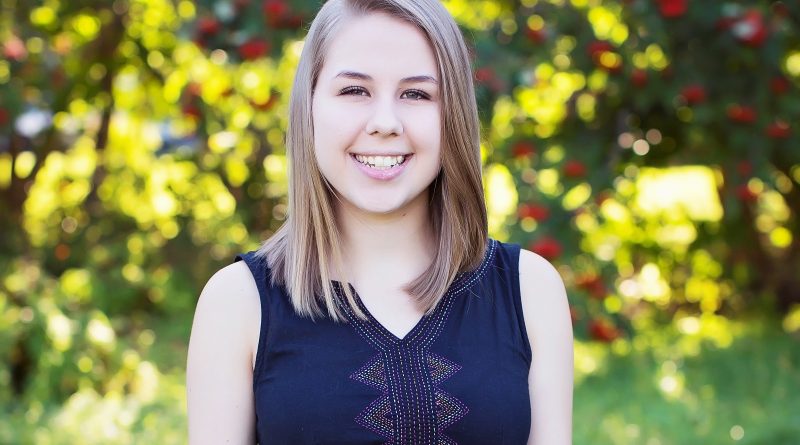 Each finalist receives a $500 scholarship courtesy of RBC.

The competition is open to students across Canada who have applied to attend college or university in the 2019 – 2020 academic year. It asks students to learn about and share their thoughts on how black Canadians have helped to define Canada’s diverse heritage and identity through their achievements and contributions to the broader society. Essays can be a maximum of 750 words.

Stuckless, who wrote about 19th century anti-slavery activist, journalist, publisher, teacher, and lawyer Mary Ann Shadd, is one of 30 finalists from close to 300 submissions received across Canada.

Over the past 10 years some 188 students have received $180,500 by writing essays about influential black Canadians. More than 2,000 essays have been submitted, focusing on a wide range of influential figures – from Olympian Donovan Bailey to musician Oscar Peterson to politician Lincoln Alexander.

The most written about black Canadians over the contest’s 10-year history, however, are all women. Author, journalist and human rights advocate Carrie Best has been the most written about. Rosemary Brown (the first black woman to be elected to a Canadian provincial legislature) second, and Mary-Ann Shadd Cary (a 19th century anti-slavery activist and the first black female publisher in Canada) third.

“RBC is very proud to celebrate the rich cultural mosaic that makes this country so unique, while helping to offset the ever-increasing cost of post-secondary education,” said Kris Depencier, of RBC. “We’ve been truly moved by the personal inspiration the graduating high school students on this year’s shortlist draw from great black Canadians.”

The winners will be announced on Monday, February 11 and invited to a special event celebrating the 10th anniversary of the contest to be held in Toronto on February 28.