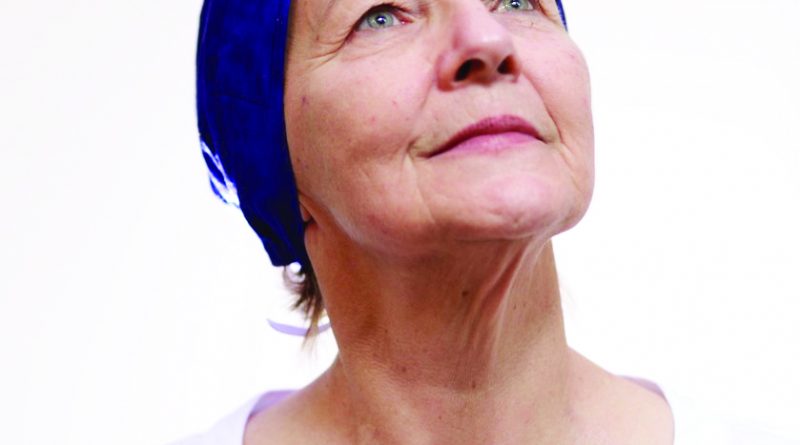 The St. John’s Players is presenting a production of the one act play, Wit, the Pulitzer Prize winning play written by Margaret Edson, with Conception Bay South resident Fiona Andersen cast in the lead role as Dr. Vivian Bearing.

Playing from March 8 to March 11 at the Arts and Culture Centre, Wit tells the story of 50-year-old English professor, and John Donne scholar, Dr. Vivian Bearing, after she has been diagnosed with terminal cancer and is receiving experimental treatment in a research facility.

“She’s signs up for an experimental type of chemotherapy,” said Andersen. “She’s in a research facility having this done — it’s not like a regular hospital where you have the caring and nurturing from the staff.”

As the professor nears the end of her life, she examines her life through a series of flashbacks, and begins asking what comes next.

“The play is sort of told like a documentary, because lots of times she’s talking directly to the audience,” said Andersen. “Through flashbacks she takes the audience through a little insight into herself and her life.”

“It’s a challenging role,” said Andersen. “Hopefully I’m going to be able to convey her journey so that it’s clear to everyone what the message is — which is live your life, be kind and don’t lock yourself in a box, because you don’t live your life like that.”

And Andersen will be playing a huge role in the play. Much of the script is focused on Bearing’s character with flashbacks and monologues exploring her life, with a small cast of about 10, and only three of four main roles, according to Andersen. However, while the cast may be small, Andersen said, without the help of a large production staff, including director and president of the St. John’s players Louise Kearley, the production would have been impossible. Andersen worked closely with Kearly, meeting twice a week for almost a month, reviewing the play to better understand the complexities of the character.

“It’s been fun trying to find Vivian and knowing the journey that she’s on,” said Andersen.

Andersen acknowledged the subject matter of the play was emotionally draining for her, recognizing that it may also be for challenging for people to acknowledge the difficult questions explored in Wit.

Following the showing at the Arts and Culture Center, the St. John’s Players will travel to Corner Brook for the Provincial Drama Festival which runs from April 2 to April 7. Wit will be performed at the festival on the final night on April 7. Andersen, who originally auditioned for a small role in the play before being offered a chance at the role of Bearing, invited anyone who may be interested in acting or performing to come join the St. John’s production group.

“People from all walks of life who have an interest in theatre or acting — everyone is welcome,” said Andersen, claiming the St. John’s Players are always looking for production staff as well. “They’re so inclusive, just watch for the audition calls and go and audition.”