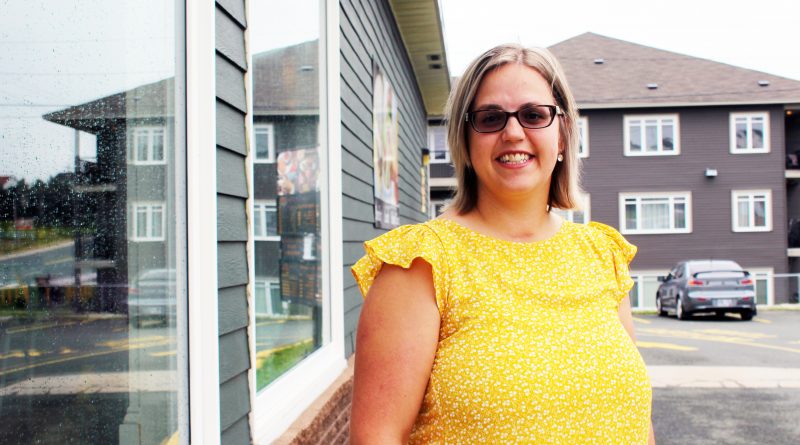 Ryan described a YACCtivist as someone tasked with helping spread awareness for YACC, or Young Adult Cancer Canada.

With approximately 8,000 young adults being diagnosed with cancer annually in Canada, YACC, which has been in operation since 2000, aims to provide them with help when it comes to dealing with the various unique struggles that this age range can face because of a cancer diagnosis.

On top of that staggering number, Ryan said that only one in every 22 of young people facing cancer are aware of the services the organization provides. Part of her duties as a YACCtivist is to increase that number, “finding the other 21,” as she described it.

Ryan explained that life as a young adult, in the range of 20 to 30-years-old, can be a drastically different experience than a person’s teen years, or the later portions of their life. It is a period when many people experience drastic change and growth in their lives. Ryan said that being diagnosed with cancer can be an especially frightening and confusing turn for someone of that age.

Ryan herself was diagnosed with thyroid cancer about two years ago through an incidental discovery after hurting her back.

“I had a pretty large bump on my thyroid, and I was sent in for an ultrasound. It just kind of unraveled from there – the whole process was kind of downplayed. I was told it was going to be fine, that lots of people have nodules on their thyroids and that most of them are benign,” she said.

“Every appointment, I felt that way, that everything was just going to work out fine.”

After a number of procedures, it was discovered the disease had spread to lymph nodes in her neck, resulting in the removal of the remainder of the thryroid.

“I was thyroid-less in March of that year. Even then, it was still downplayed. It was just like ‘Hey, take this magic pill for the rest of your life, and everything will be fine,’ and nobody really sat down with me and talked me through the potential side effects, and what I could potentially have to deal with.”

One of those potential issues was the fact her parathyroids had been attached to her thyroids, and were compromised during surgery. As a result, Ryan is completely incapable of producing calcium.

“That took quite a while to properly regulate. I was having episodes of really high calcium, and really low calcium. I was hospitalized a couple times throughout the year to try and regulate my body,” she explained. “I have four small children – three at the time of my diagnosis – and that was one of the biggest challenges of my journey, just not being able to parent. I couldn’t get up and face the day, I needed to rest because my body was just not functioning.”

That is where YACC came into play. She said the organization provided her with a lot of support for the various struggles she had to face in the days, months, and years following her cancer diagnosis and treatments.

“There are sessions on body image, anxiety issues, brain fog, and even financial issues that young adults have to deal with,” Ryan said. “It’s the issues that people don’t think about often, because it’s not a population that has a big focus – we have our children’s hospital and whatnot, but the young adults are not a major focus for anyone. The conference really delves into those topics. It’s really great.”

Ryan ultimately decided to go on one of YACC’s retreats that take place throughout the year. The three-day training session involved a number of activities and learning opportunities for the group of survivors. She said that self-help activities, such as writing seminars titled ‘Writing through cancer,’ or seminars focused on improving one’s body image, were especially helpful to them as individuals. That, too, is something they can pass on to others dealing with similar inner struggles.

“It’s all about connection, and helping people not feel like they’re isolated. That’s what we’re all about,” Ryan said.