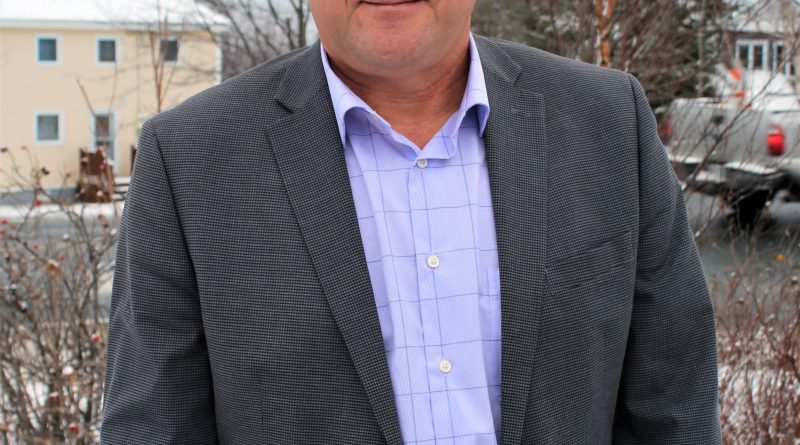 The year 2020 may not go down as the best one in the province’s history, but Conception Bay South MHA Barry Petten says things are not all that bad in his district – it’s just a matter of getting things back in order.

Paving was a big thing for the district this past year, for Petten, who said he was glad to see a number of projects get underway that he had been fighting for. He described it as a bright spot for the district amidst all the doom and gloom in the world.

Route 60, in particular, received a fair amount of much-needed work, said the MHA, as well as the Foxtrap Access Road.

“Considering we’ve been dealing with a pandemic, things have been going pretty good, and it was a pretty good year,” Petten said. “My district office has been pretty busy, and busy is a good thing. It means people have been reaching out, and we do our best to address their issues.”

Petten added the pandemic did not have much of a direct effect on things getting done in the district. But COVID-19 did push other projects and requests to the backburner.

“I hear a lot from the residents about different things they would like to see done in the district, and a lot of it I agree with,” Petten said. “But COVID has affected us in a sense that we need to look at these things and say ‘Well, maybe that’s a fight for another day, because a lot of our energies are focused on the pandemic and getting information on how to work around it, like working from home.’”

Petten said he hopes 2021 will be the year things get back on track.

He listed a number of things at the top of his mind. CBS is still growing, he noted, and with growth comes needs. One such need is a community centre, said Petten. He knows such a multi-user facility is not a cheap undertaking.

“It’s something that’s more than overdue at this point,” he said. “There’s a price tag, sure, but it’s not insurmountable. That’s one of those issues that had to be pushed to another day, but I know it’s something that is on both my wish list and (council’s) wish list, so I’m thinking it may be something we can tackle when the clouds clear, so to speak. Hopefully, that’s soon.”

Another big issue in Petten’s mind is the lack of public transit in the district.

He said this is something a number of municipalities struggle with, but CBS is kind of unique. It is far enough away but also close enough to the City of St. John’s that the lack of public transit here is especially inconvenient.

“All of our healthcare services, outside of a few things, are in St. John’s. There’s a segment of the population that doesn’t have a vehicle. How do they get to appointments if they don’t have any friends or family that can take them, and they can’t afford a taxi?” Petten said.

While he has been fighting for public transit in CBS for years, even having had several conversations with government officials about it to no avail yet, Petten said he will continue to fight for it.

“You’ve got to make these things accessible. Look at the size of (Conception Bay South) and we don’t have any medical services available in our Town,” Petten said. “We’re in dire straits when it comes to family doctors. So, as for priorities, that’s one of the biggest ones for me as MHA.”

Petten also hopes 2021 will be the year that brings an end to the controversy surrounding the proposed infilling and development of Long Pond harbour.

Petten described it as an unfortunate turn of events. Although it is a project between Ocean Choice International and the Town of CBS, with some approvals required from the federal government, it is still something that has crossed his desk a number of times, he said.

Petten said he supports the project, but also supports “public engagement,” which should have been at the top of the list even before it became a matter of environmental assessment.

“I believe that that’s where the missing point is, from the province’s perspective, said Petten. “Part of the review process should be to notify the public, especially on issues of public concern, which this is. Give (people) the opportunity to voice their concerns. I think that if that debate would have happened back in 2018, then we would not be in the messy situation that we’re in now. There’s a lot of mistrust on both sides now. Which is unfortunate, because OCI is a great company and I’d like to see them set up shop in Long Pond, but I also want to make sure it’s done right and I believe people’s concerns are my concerns as well, as the MHA. It’s only right that they get the opportunity to address those and get some reasonable answers.”

Petten said he is looking at 2021 as the year to turn people’s attitudes around. He said he knows many people are struggling due to the impact of a pandemic, but as long as things keep moving in the right direction, they can turn around for the better.