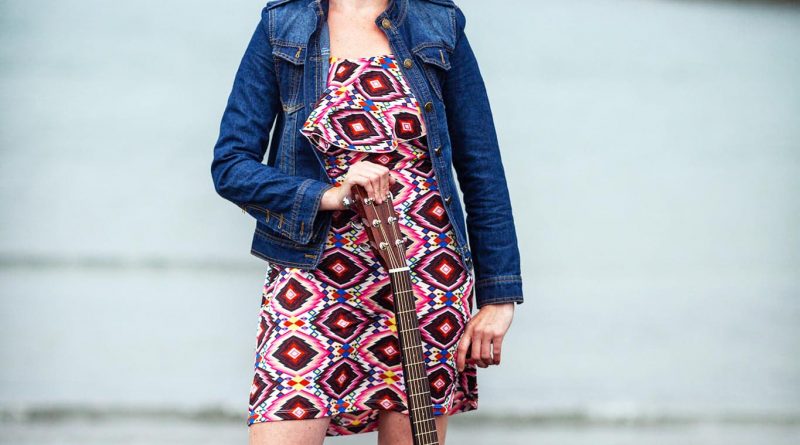 Employees at Powell’s Supermarket in Carbonear have some new protective gear thanks to a local musician’s efforts.

Bi-weekly visits to the grocery store have been a part of Shanda Hopkins’ regular routine for a while, even before the COVID-19 pandemic put guidelines and restrictions on most aspects of people’s lives.

When the restrictions were laid out, however, Hopkins said she came to realize just how important a role employees at Powell’s and other stores play in the day-to-day lives of just about everyone; and now the province needs them more than ever.

Hopkins just accepted a PCA position with Eastern Health, but has made a name for herself in Atlantic Canada as a country musician. Throughout her musical endeavours, she has not shied away from the use of social media as a means of getting her music out there and has developed a following both on and off screen.

However, as just about the entire world found themselves stuck at home to protect themselves from the spread of COVID-19, her online presence on platforms like facebook have proven to be especially popular as she makes use of the website to share her music both old and new, as well as some of her life with her friends, family, and fans.

After reflecting how some of those same people still found themselves getting up in the morning to face the threat of the pandemic at work, Hopkins decided to give back, or lend them a helping hand in some way. Her facebook page offered just that opportunity.

“I came up with the idea of having an online concert to honour those employees and raise some money to get them their own personal masks that they could use outside of work when they’re going out and about, doing their own grocery shopping or whatever else they need to do,” she said.

The concert, which Hopkins dubbed Toonie Tuesday, was held April 21. She played a few of her own tunes, a few covers, and implored people to donate to the effort if possible. At times, Hopkins said, there was upwards of a couple hundred people viewing the livestream.

The main goal was to raise money for masks, and with the help of Heather Mullaly, who made the masks, the efforts resulted in $255 and 55 masks, which were packaged and delivered to the supermarket this past week. The masks even come fitted with a filter inside and a wire nose-piece that help keep it lodged atop the employees’ faces.

“I just want them to have a bit of comfort when they need to go out and get their own shopping done. It’s becoming hard to find them, and now they’ve got their own masks to wear,” Hopkins said.

But, her efforts don’t stop there. Hopkins said she is writing a song about the whole ordeal in collaboration with a couple other local musicians. As a PCA herself, she felt it was important to be able to capture the feelings of employees who are still working in times like these, and that is exactly what the subject matter of this new song will cover.

Hopkins also hopes the livestreamed fundraising concert will not be a one-time thing. She would like to do it again in the future to reach out to other local grocery stores and supermarkets.

“Here’s the thing; most people can afford their own masks, and a lot of places even provide them for employees if they need them,” Hopkins said. “But, these employees (at Powell’s) have been helping me for years, and now they’re having to work in a time where everyone is being told to stay home, so I wanted to give back in some small way … and, they seemed to really appreciate that.”