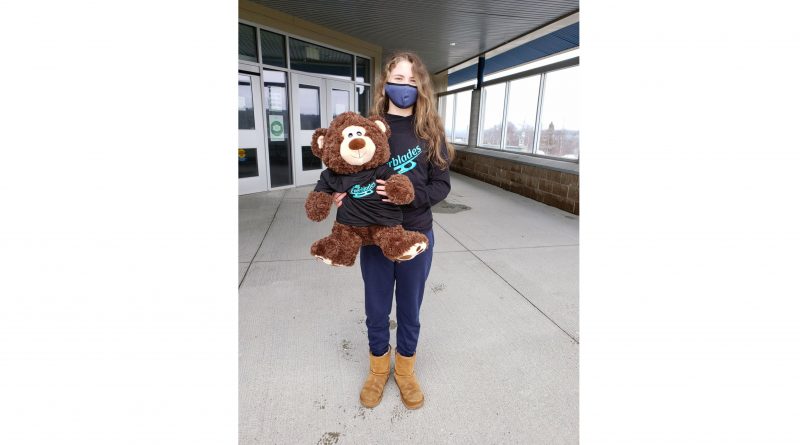 The CBS Skating Club is gearing up for the new season with a fresh start.

The club has had a synchronized skating program since September of 2012. In that span of time, the program has led plenty of skaters into various competitions and on-ice shows. Like many sporting programs around the province though, those in the program found themselves unable to take part in these types of events once the coronavirus pandemic started one year ago, but they have high hopes for what the future may hold for them.

Synchro Program Coordinator Kelly Thorne said when the first COVID-19 lockdown started, the group saw it as an opportunity to explore ways to be more creative and innovative when the club eventually returns to the ice.

“We knew we would have to adapt to new guidelines and restrictions, all while keeping in mind that our Synchro competitive 2020-21 season was not going to take place,” Thorne said.

In order to gear up for the major changes that were incoming, the group wanted to give itself a bit of a makeover, something of a re-branding, Thorne said, which included a new name.

“(The name) would encompass a theme of new beginnings for the synchro program,” said Thorne. “It’s been a challenging year for many skaters and coaches who love to skate, and love to come to the rink to see their friends. This new name would represent those friendships being made on blades. The CBS Skating Club thought this would be a great way to display inclusion and positivity among all of the club’s members during this difficult time.”

The club made the re-branding a competition for its members. The goal was to come up with a name that represented the themes of positivity and friendship.

Club skater Adele Martin came up with the name Everblades which won the competition.

Thorne said the name is a good callback to the club’s original motto: “Fun, fitness, and friendship.” So, when Martin suggested Everblades, it seemed to tie in perfectly with the idea of making “forever friends on blades.”

Michelle Walsh, one of four synchro skating coaches with the club, said the synchro program had to spend a lot of time working around the various COVID-19 regulations this past season.

“We were on the ice in September right up until February, so we did get some training in early October, right up until the second shutdown,” Walsh said. “Normally, we hold on and connect to our skating partner by holding on to each other’s hands, arms, or shoulders, so we had to adapt to try and train the kids while we were not allowed to do any touching or anything like that. We have three other coaches, and they were very innovative during this difficult time as they tried to keep the kids engaged and still make it a fun time.”

This season got cut about six weeks short this time around, but both Thorne and Walsh are keeping their fingers crossed that they will be back on the ice this fall and synchro skating the way they always have been.

The program is made up of about 50 skaters, divided into four teams. Walsh admitted the numbers were a bit lower this season with no competitions to attend and the uncertainty of the program in the face of a global pandemic.

“COVID-19 took a toll, like it did with everything else, but we like to think we’ve got a big, bright future ahead of us with this program,” Thorne said. “We even have adults who still skate with us, so this provides them with a program for that which is always important to have around. We’re keeping optimistic, keeping positive. That’s what the club is all about.”