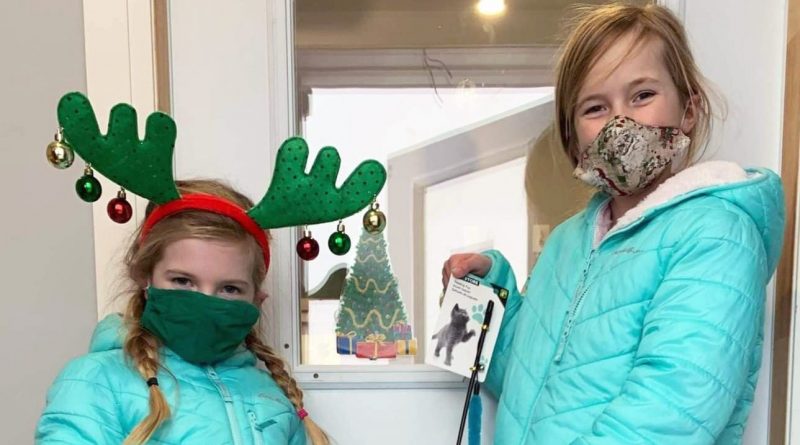 The Christmas season is a busy one, with people bustling about buying presents, baking cookies, singing carols, and downing eggnog.

But it’s also long been touted as the season of giving, and Nicole Bussey, manger of the Baccalieu Trail SPCA says that still appears to be the case.

The not-for-profit animal shelter receives donations year-round, but Bussey says people tend to give a little more around Christmas time — despite the financial pinch of COVID-19.

“I wasn’t expecting this much this year because of COVID, and because it’s been a hard couple of years for everybody,” said Bussey. “But there’s been an amazing response this year to our needs… the communities have gone above and beyond this year.”

Bussey estimates the shelter received upwards of $3,000 in donations over the month of December.

The shelter can be found on Gullies Road in Spaniard’s Bay, though for many years the SPCA operated in Carbonear (in fact, the shelter’s mailing address is still in Carbonear). This is the second Christmas in the new building, and Bussey said over the last two years folks have become much more aware of the shelter’s presence.

“That kind of community support is fantastic for us,” said Bussey. “There’s no better feeling then working here and knowing that you’re helping that many animals, but we can’t help that many animals on our own. We’re a non-profit organization, and we can’t be here without the support of the public. So, to see the outpouring of generosity this year coming from surrounding communities has been an amazing feeling. It makes you feel fantastic when people see the good that you’re doing and the benefit of having you in their local communities… We’re bursting at the seams with pride and happiness. I can never stress enough that we cannot exist without volunteers and donations from the public, whether monetary, or litter, or food, or cleaning supplies. It doesn’t matter what it is, it doesn’t matter if it’s one bag or 20 bags, every single donation makes us feel fantastic and feel valued.”

Financial donations can be made by sending an e-transfer, or by putting an old-fashioned cheque in the mail to P.O. Box 273, Carbonear, Newfoundland, A1Y 1B7. Donations can also be dropped off at the shelter, the SPCA thrift store in Bay Roberts, or Pet Value in Carbonear.

“Pet Value in Carbonear has been a really great resource for us,” said Bussey. “They’ve actually put a sign up in their store saying what our needs are, and anybody who goes into Pet Value can donate at Pet Value.”

The shelter received a mixed lot of monetary donations, litter, food, toys and treats from businesses, organizations and individuals, which will go towards helping the shelter’s 40 cats, eight dogs, and lone bunny.

Though it’s hard to imagine the commotion caused by that many animals in one building, those numbers are actually down from this past spring and summer.

“Once May hit, kitten season was hard this year, it was insane,” said Bussey. “Right up until the middle of December we had kittens coming in. All summer we were up to over 60 cats alone, besides our seven or eight dogs.”

To look after all those animals are four staff members, paid through government and business grants of various kinds, and a small army of 16 or 17 volunteers.

And, like all organizations, the SPCA has had to adjust its operations to help reduce the spread of COVID-19 over the years.

One of the biggest challenges the shelter has faced due to COVID was the closure of the SPCA Thrift Store in Bay Roberts at various times during the pandemic.”

At the shelter itself, staff have had to drastically change the adoption process, especially during the strictest alert level, Level 5.

“We would do a video call, and let people see the animals, and let them pick what animal they wanted,” explained Bussey. “Then they would come to the shelter and drop their kennel at the front door. Then a staff member would go out and get it, we would put the animal in the kennel, lay it outside, and they would get their animal that way. It’ not an ideal way to do adoptions; people like to come in and they like to see the interaction between their family members and the animal, whether it be a cat or a dog, before they welcome it into their home. People have to consider how an animal is going to react with young children or how the animal is going to react if there is another animal in the home.”

More recently, things have gone back to normal, and the shelter has been able to hold some of its normal activities, such as Adoption Day at Pet Value. Folks can now come visit the animals in person before adopting them, though this is by appointment only.

Bussey said the restrictions have put a damper on how many adoptions they can potentially do in the run of a day, but folks have been very accommodating and understanding.

“People go through extraordinary measures to welcome an animal into their homes,” said Bussey. “It’s not ideal, but people have made it work. The public has been fantastic.”

She said the shelter is thankful for all the support it receives from the public.

“We really couldn’t keep the building open without the support of the general public,” said Bussey. “We could never express how thankful we are for the donations that we get from people. There’s no way to put it into words how thankful we are … whether it’s one bag or food or fifty bags of food, everything is appreciated, nothing more than others.”

The donations the shelter received in December will probably only last two months, so there is still a big need for contributions.

“With the number of animals we have, donations run out very quickly,” said Bussey.