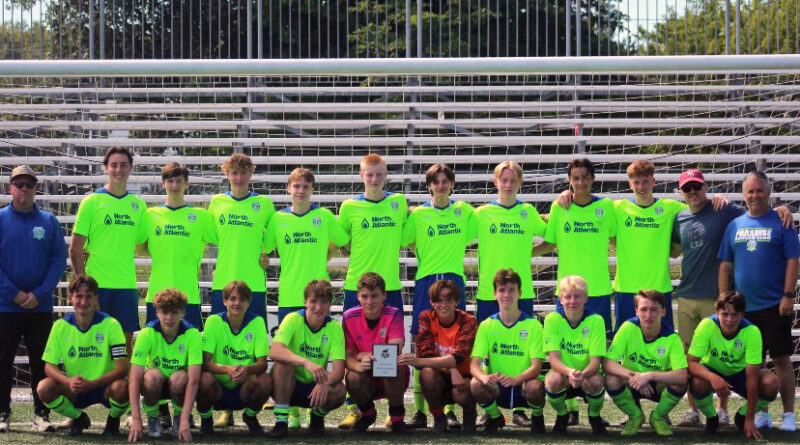 The Paradise Soccer Club U17 Boys are heading to Surrey, BC for the Nationals this fall.

“They’re just glad to be able to go,” said head coach Alec Turpin. “We’ve won it three years in a row now but the first two times we couldn’t go anywhere. Imagine now, a bunch of Paradise kids winning for the first time ever — and not being able to travel because of COVID. That’s an unfortunate break.”

The core group has stuck together over the years, growing up through the soccer club together. Turpin says their success on the field is a result of their tight-knit group dynamic.

“I attribute a lot of their success to the fact that we have a core group of Paradise boys that have been playing together since they were eight,” said Turpin. “They really care about each other.”

He said this Paradise team has upset the St. John’s Feildians’ apple cart in the youth division.

The boys will be training hard over the next month, but they’ll also be putting in their fair share of time fundraising for the trip.

The Club estimates they’ll need to raise $50,000 in the next four weeks to help cover travel costs, and will be hosting a number of fundraising events, including a youth soccer camp on September 24, fall flower sale, and more, in order to do so.

The boys leave for BC on October 3 and return home October 10— hopefully, with gold medals in two.