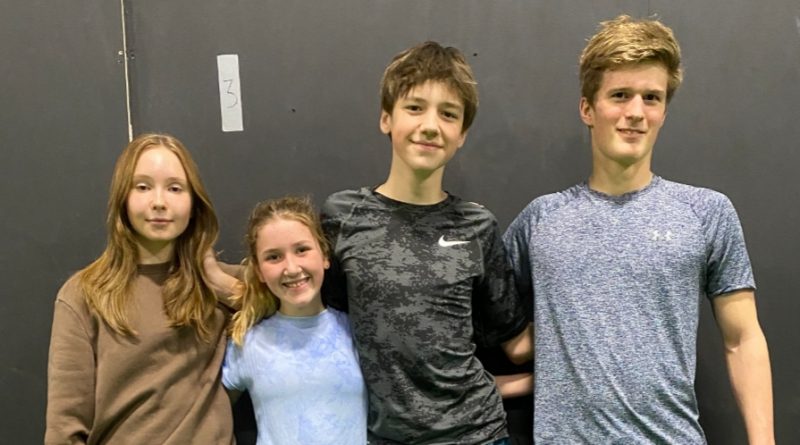 After 20 long months, the CBS Bluefins have returned to competitive swimming with a splash.

In October, the Bluefins attended the Poseidon Fall Come Back Meet in Carbonear. Two weeks later they were on their way to Gander to attend the Gander Lakers Fall Invitational. Both meets were extremely successful with many personal best times achieved and several relay and individual club records broken.  In Gander, the Bluefins won top team and had seven swimmers make the top three in their respective age groups. In addition, Amelia Smith now holds the club record for Female 13-14, 50 free, 100 free and 50 Fly.

The most recent swim meet in Mount Pearl showed the Bluefins have no intention of slowing down.  The Mount Pearl Marlins hosted the Sink or Swim Meet from Nov 19-21, which resulted in the Bluefins re-writing the record books once again. In addition to breaking his own previously held club records in 100 back and 100 free, Traverse broke the 50 fly club record and the 400 IM club record previously set in 1997.

Up next for the Bluefins is the Invitation International de Noel being held in Montreal, Quebec from December 2-5.