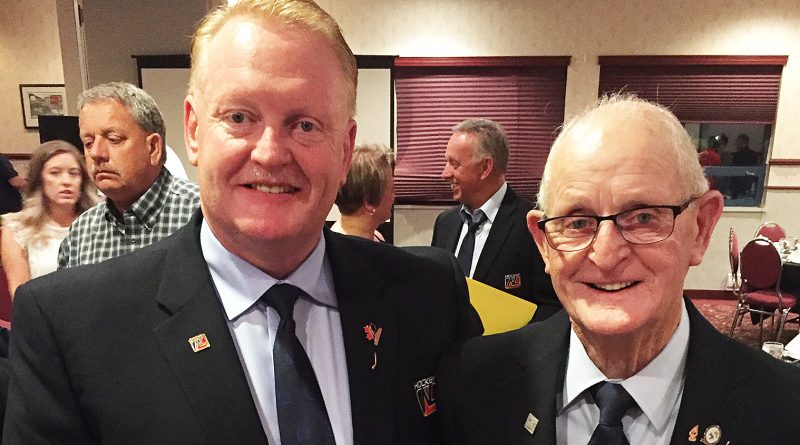 Newfoundland and Labrador Hockey Hall of Fame member Gerald ‘Gerry’ Kelly passed away August 14, at the age of 86.

Kelly was inducted into the Hall of Fame as a builder in 2007. Years earlier, in 1990, he received a Gold Stick Pin from Hockey NL for his years of service on the Board of Directors. He was also the recipient of the Hockey Canada Meritorious Award in 1995 and Hockey NL Meritorious Award in 2001. Amongst many other honours.

Kelly was instrumental in the creation and daily administration of the Conception Bay South minor hockey program, beginning in 1964.

Outside of hockey, Kelly was heavily involved in the Legion, particularly Branch 50 in Kelligrews, and received his 50 year pin in 2020.

He was once named Conception Bay South Citizen of the Year, amongst many other honors from other organizations. Earlier this year, the Town named a room at the CBS Arena in his honour.

“I’ve known Gerry my whole life, and he’ll certainly be missed by the community,” said CBS Ward 3 councillor Gerard Tilley, who spoke at great length about Kelly’s achievements during the August 17 council meeting. “He was a great volunteer both provincially and municipally, and even nationally.”

Each councilor offered their condolences to the Kelly family.

“Conception Bay South is a better place because of people like Gerry Kelly,” summarized Rex Hiller, which seemed to say it all.