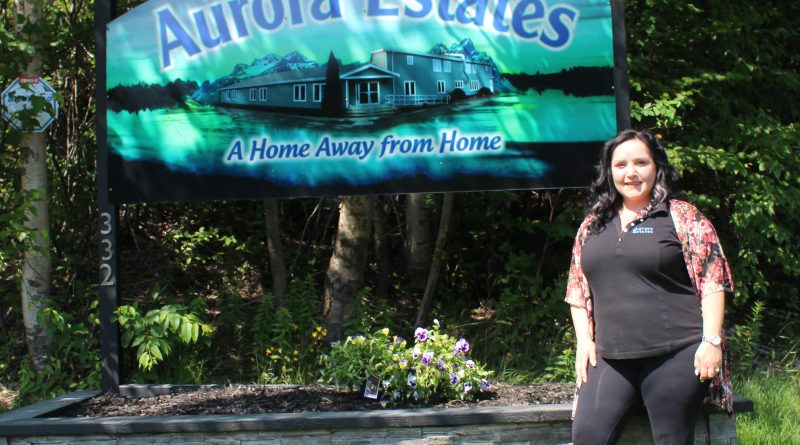 One of the oldest buildings in Conception Bay South has some new owners, and some new residents.

Lana Synard is the owner and operator of Aurora Estates. She described the facility as a level one and two personal care home, which she said essentially makes it a second home or “home away from home” for its residents.

“We handle all the daily activities they would do in the run of a day: grooming, bathing, medication administration, their meals, laundry and cleaning. All of it,” she said. “This is their house, so anything they would do at home, we offer to them here.”

The facility holds 41 beds and, as of Monday August 2, had four residents with five more incoming over the course of the following week.

Synard said she had her eye on a couple places when looking to open Aurora Estates, but ultimately chose Conception Bay South for this specific location. She said she wanted a place that was not on a main road, and a little more tucked away in order to enhance the privacy for the residents.

“I’m from Paradise myself, but I love it here in CBS … Honestly, they need a few more personal care homes here in CBS, so that was a big reason why we wanted to come here,” she said.

Currently, there are six homes like this in Conception Bay South, though some of them are community-based care, which she clarified is not quite the same as what homes like Aurora Estates offers.

With an aging population in Newfoundland and Labrador, Synard sees personal care homes becoming an even more common sight across the island.

As a registered nurse, she said most of the people she would see in hospital and clinic settings were seniors, who will eventually need to go somewhere.

In many cases, that somewhere is a home like Aurora Estates.

With subsidized Eastern Health rates, she also hopes Aurora Estates will serve as a cost-friendly option to those currently looking for a home to retire to.

The building in which Aurora Estates currently sits in was actually a personal care home for years prior. As one of the oldest buildings in the community, the past personal care home operating out of the location closed back in 2017.

“This building has been a personal care home for, I’ll say about 60 years or so,” Synard said. “We came here last July and just started everything from scratch.”
Synard said they stripped the building of its old look and completely rebuilt from the ground up, keeping in mind some of the current requirements of personal care homes such as 5-metre wide hallways, something the building did not originally have.

“We kept the outside structure, and that’s it,” she said.

Before Aurora Estates, the building was home to what was called Allison’s Manor.