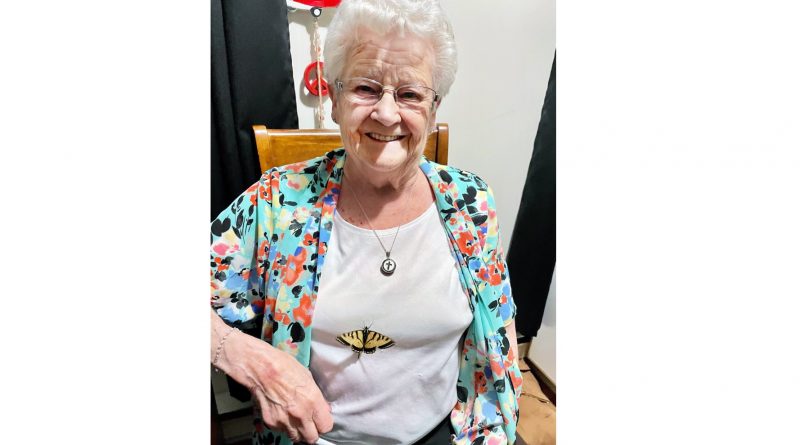 This Green’s Harbour woman has been working since she was 16, and at 87 she has no intentions of stopping soon.

Nita Crocker is a familiar face to many in Green’s Harbour, especially those who have been making annual trips to Golden Arm Park in their RVs. Although the park has been in operation for some 20 years, Crocker had about 50-years of work under her belt before taking on the new business venture with her family.

Murray Crocker, Nita’s son, spoke highly of his mother’s work ethic, detailing the many things she and the family have been involved in over the years from the fishing industry, to running a snack bar that eventually developed into a fully-fledged supermarket.

“Over 20 years ago now though, they had this vision of a serviced RV park because there was nothing of the sort along the Avalon at that time other than Pippy’s and Eastport,” Crocker said. “The vision was for (a park) here in Green’s Harbour.”

At the time, Murray had been about 10-years into a job at Home Hardware while his mother was still knee-deep in her grocery store.

Over time, both of them moved on from their old careers and into the next chapter of their lives at the RV park alongside Murray’s father.

Although his father passed away about two decades ago, the two of them are keeping the park going strong, largely thanks to Nita’s passion for work.

On June 14, Nita reached her 87th year and her son says she is just as eager to get up and on the go as she was when he was a small boy.

Nita’s role in the park mainly consists of daily tasks that need doing, whether that be out in the park itself or behind the scenes; her skill set she built up over the years has made it so that no task is out of her realm.

“We both carry out our day to day here at the park with our employees, and it’s become a fairly successful endeavour for us if I do say so myself,” Murray said.

Since it opened, three other fully serviced RV parks have come along on the Avalon, but Murray said Golden Arm is still thriving. Part of this he attributes to his mother’s charm that seems to make customers feel more like friends and family who return regularly.

He said her drive for work boils down to the simple fact that she enjoys what she does, and it shows in her work. He suspected that although maintaining an RV park is certainly a job, it has never quite felt like one to her.

“She, like myself, had a change in our careers when we came here. I can tell she enjoys doing this, and she certainly appreciates being able to help me and the family. That’s something I think she takes great satisfaction in,” he said.

The friends Nita has made is also a big part of the reason behind her motivation to keep at it, her son said.

“When the wintertime comes, you can tell she misses the people she meets. She can’t wait for the spring to roll around again so she can see them,” he said. “All of that is part of the reason why my mother is still eager to carry on working at 87-years-old. She’s happy, she’s healthy, and takes nothing for granted.”