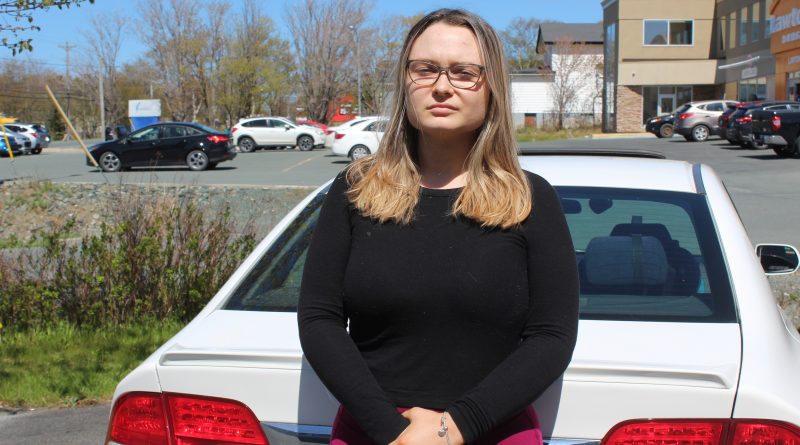 A Conception Bay South woman says she had a frightful encounter that left her with an uneasy feeling last month.

Autumn Roche said she was heading to Holyrood to visit her grandparents on Sunday, May 23 with her 14-month old son in the car. Along the way, Roche pulled over in Seal Cove to check directions on her cell phone. That was when Roche noticed a man hanging around the park where she had stopped. Roche said she initially assumed the man was a grandfather there with a grandchild and did not think much of it.

By the time she had figured out the directions however, she got a surprise.

“I hear a ding – my door opening,” Roche said. “I look back and he’s sat there, quite literally almost on the car seat.”

Roche said she entered into a fight or flight mindset. After hearing the man refer to her as ‘sweetheart’ and ‘babe,’ and asking to go for a drive because it was cold outside, Roche said she laid her foot to the gas pedal and peeled out of the parking lot.

“I was in fight or flight mode, and I chose flight,” said Roche. “I left rocks and dirt and dust spitting off my tires. I could have hurt the man, but he could have hurt us. I drove up the road, absolutely shaking.”

Roche said she reported the incident to the police, and after providing a description of the person she encountered, was told police believe the man to have been under the care of one of Conception Bay South’s many community care homes.

After some further investigation, Roche said she was told the man was relatively harmless.

“It’s easy for a police officer to say someone is harmless. That’s a man of authority, but I’m a vulnerable young woman with a child,” Roche said. “I was upset.”

Roche said she would like to see more enforcement of residents who live in the community care homes and has spoken with some local businesses that have concerns about the amount of time employees spend warding some community care residents away from their parking lots and stores.

Roche said she would like to take her concerns to council in the hope that a presentation will kickstart some action.