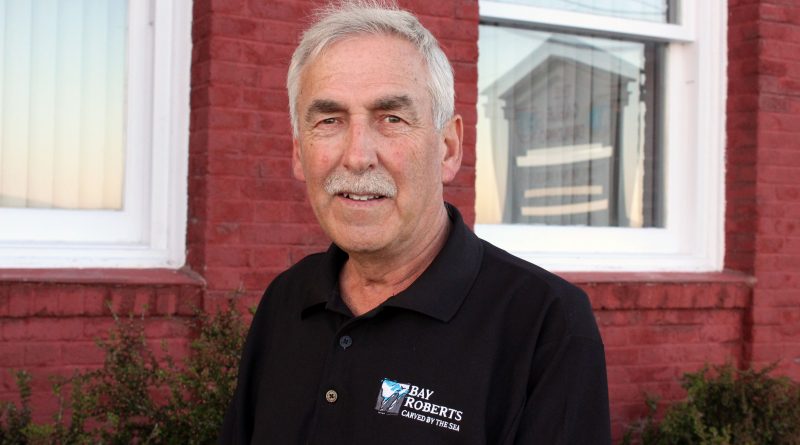 Bay Roberts council will see someone new in the mayor’s chair next term.

Although it is not yet clear who that will be, one thing is certain: it will not be current Mayor Philip Wood.

The former teacher, who has been serving on Bay Roberts council since 2008, announced at the town’s meeting Tuesday that he will not be running this fall.

Wood spoke warmly of his years spent as a councillor, Deputy Mayor and Mayor. The latter position saw him shepherd the town through major events including Dark NL, Snowmaggedon and the ongoing COVID-19 pandemic.

“It has been a pleasure to serve, but it is also very humbling to have been given the opportunity to serve,” said Wood, who was widely respected as a level-headed municipal leader.

Wood said it has been a positive experience watching the town grow. And he was happy to see the town’s increased emphasis on its heritage and its promotion of some of its most esteemed residents of generations gone by; never forgetting the past that preceded the present Bay Roberts.

“Above all, the Town remains on a strong financial footing, with a very bright future ahead for it and the residents,” Wood said. “This makes me extremely proud.”

Wood spoke highly of his experience dealing with higher levels of government, and thanked his fellow councillors and staff.

“And most importantly, the residents themselves, who also call Bay Roberts their home,” Wood said.

The mayor also thanked his family, to whom he said he may also owe an apology due to the time consuming nature of being the mayor of a busy municipality like Bay Roberts.

“Without them, especially my wife, it would have been impossible,” Wood said. “To future mayors and councils, I wish you nothing but the absolute best as you work to build upon this remarkable place we call home.”