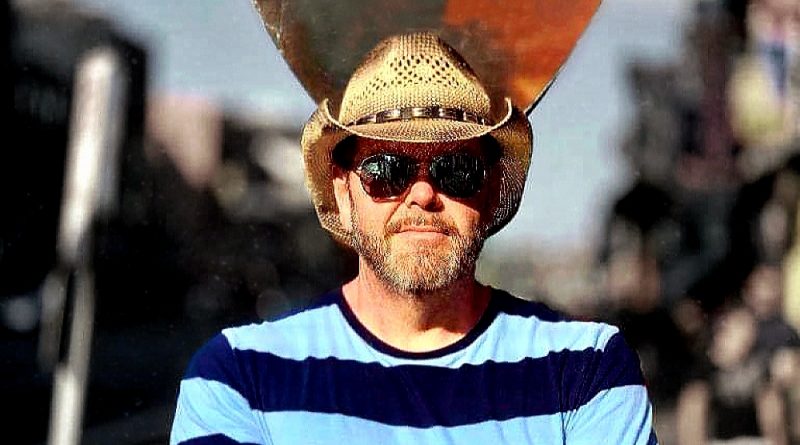 There is a crisis facing this province that has so far flown under the radar.

That’s according to William Jefferies, who recorded the single ‘The Lonely Man’ in Nashville this past September to raise awareness for men’s mental health needs and a lack of treatment opportunities available for men in the province.

“I’m going to say that it’s at an epidemic level,” said Jefferies.

Jefferies, formerly of Holyrood and now living in St Johns, began to think seriously about men’s mental health when he was completing a Masters in Counselling Psychology.

“When we think about male depression, we think of being reserved and quiet. ‘Traditional’ depression — you hide away and don’t want to talk to anybody, don’t want to see anybody. You go home and don’t want to talk to anybody,” he said. “But for men, a lot of the symptoms are anger, irritability, creating conflicts. And we’ve never told anybody in the province that this is what depression in men looks like. So, it’s going unrecognised. A lot of men themselves don’t recognize it. I realized there wasn’t a lot of help here for men. There are not a whole lot of targeted services and programs for men.”

Jefferies approached the provincial government with some ideas about projects, but said there was no available funding at the time.

“So, I took a step back and I said, ‘Well what else can I do to bring attention to this? Because right now, we need a men’s resource centre. We need a voice for men, programs for men. Even things like domestic violence. You have your perpetrators obviously, but there are victims of domestic violence who are males. They don’t have anywhere to go.

“I decided to write a song based on the very common story that I’m hearing from a lot of men who I’m working with, and from a lot of women who are trying to get help for their husbands. That’s where ‘The Lonely Man’ came from.”

Jefferies explained that he believes the problem begins with how we understand masculinity and what it means to be a man.

“It goes back to the socialization aspect, and how we bring up our boys. We were brought up to be strong and dominant. We don’t open up. We suppress our feelings,” he said. “Asking for help is seen as weakness. We were brought up to feel like that, so it’s no surprise when you get to middle age, you don’t have a lot of people to open up to. Or even the skills to express how you’re feeling. The scripts that we were given growing up, were wrong. A lot of men are trying to stick to the stereotype that we were given that you have to be macho, that you have to be strong, that you can’t open up to people. All the scripts we were given, the way we were socialized, the way we were brought up, was wrong.”

Jefferies noted the suicide rate across Canada from 1997 to 2012, was a ratio of three men to one woman. In Newfoundland, that ratio is five to one.

“There are programs and services elsewhere. Other provinces have men’s resource centres. We have just chosen not to do anything about it up until this point,” he said.

“Men aren’t the only ones affected by their inability to seek help,” he added. “This is not just about men. This is a ‘we’ thing, not a ‘he’ thing. Everyone is suffering because men are not going to get help.”

Jefferies said that when men cannot cope with their mental health, they often seek coping mechanisms, commonly in the form of alcohol, gambling, or drugs.

There are services and programs to treat the ‘symptoms’ of poor mental health — from addictions programs to family court — but they are often more expensive than preventative services, he argued. And, they often don’t treat the root issue — the man’s mental health.

“It’s like treating a runny nose, instead of the cold,” he said.

The song, for which Jefferies was able to raise about $4,000 to help cover the cost of recording, and is now available on Youtube and streaming services, is just the beginning.

“Phase one was to get the song out and tell the story. The next piece is to continue the awareness piece,” he said.

The ultimate goal of Jefferies Lonely Man project is the establishment of a men’s resource centre.

“Research is showing that men respond to services targeted at men,” he explained, noting that in many cases, the issues are manageable if detected and treated early.

Men face many barriers, he added, from a lack of programming designed for men, a lack of available resources, long wait times for general services, and a long-held belief that men don’t need to ask for help.

“We need to redefine what being a man means,” said Jefferies. “Being a man means getting help. Being a man means expressing your emotions. Not being afraid to get help when you need it. Being a man means talking to your wife when you don’t feel one hundred percent. There’s a lot of people that the time has passed, and we weren’t able to help them. The time is now to help. And I think the political climate is turning that we can actually get there.”