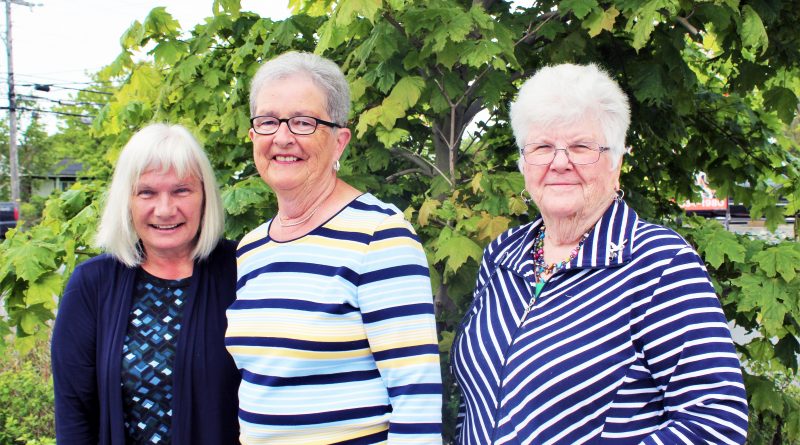 If this was Scotland, you might describe the next few weeks in Holyrood as the ‘Gathering of the Clans,’ as hundreds of former residents return to celebrate the town’s Come Home Year and mark its 50th anniversary of incorporation.

Among those gathering in the picturesque community, which happens to share the same name as Scotland’s seat of government, are members of the Duff family, a good 80 of them.

“We’re planning a big family reunion,” said Patricia Hurley, one of many people whose roots are traced to branches of the Duff family tree.

The Duff family in Holyrood dates back to the early 1800s, when Arthur Duff immigrated to the community aboard a fishing vessel along with his family.

“(The Duffs) had about 300-acres out where the power plant is,” said fellow Duff descendant Alice Finn. “That became Duff’s Road. He had 12 children – some stayed in Holyrood, some moved away. They were farmers and fishermen, mostly. They lived very hard lives – there weren’t any roads, so they went everywhere by boat.”

The Come Home Year is allowing Hurley and Finn, both fifth generation descendants of Duff, as well as other members of the clan, to discover who their relations are, such as Loraine Miskell another fifth-generation descendant, making them all third cousins.

“We’ve tried to do as much family research on this to try and develop a family tree. We decided it would be nice to bring all of the branches together,” Hurley explained.

Finn noted that so far, they’ve managed to track down six direct descendants of Duff’s children.

The research has taken some two years, including the time that they were simply throwing ideas around to one another. They’ve managed to track down 82 members, both close and distant, of the Duff family from across the world who will be making the trip to Holyrood this week for the family reunion. Of those, 58 are direct descendants. The other 24 are spouses, and other such indirect relations.

According to Hurley, about a third of those coming to the reunion are travelling from parts of the United States, seeing as how a lot of the family, throughout the years, emigrated to the Boston region.

Finn pointed out there are still some descendants living in Holyrood.

Prior to trains taking over the postal industry in Newfoundland, Arthur Duff and his family operated the ferry that transported mail to various towns in the area, such as Brigus and Carbonear.

“There are so many people interested in knowing their roots, and we had a visitor from the U.S. who came and knew nothing. They found a Duff connection through me and, from there, people started getting more and more interested in it,” Finn said. “When I was growing up, I’d ask my mother about (family roots) and she’d say, ‘I don’t know why you want to know that for,’ but that’s kind of where it started. Now, it seems like interest in this has grown a lot.”

At first, talk of a family reunion was fairly casual, with research being carried out here and there over the course of a few months. However, between Hurley, Miskell, and Finn, those small tidbits of research became a much larger body of information about the whereabouts of people with whom they shared a blood relation.

Now, the Duff family reunion is scheduled for Thursday, July 11th, and will serve as not only a get-together for familiar faces, but also as a way for distant relatives to meet each other for the first time.

Beyond that, Hurley says they had to stop, given the sheer number of people who were already committed to visiting Holyrood.

“We’re each descendants from three different children,” Hurley said in reference to herself, Finn, and Miskell. “We each contacted our own family members, and each of us also touched base with other branches of the family tree that we knew, like the Topsail Duffs, for example.”

“Once we contacted one person, they’d pass it along to their own cousins, brothers, and sisters. So, a lot of it went through word of mouth like that,” added Miskell.

Finn said one of the things she found most fascinating about the experience was that the majority of the people they contacted had no idea that they were even related to these other people, and that this reunion will help over 80 people become more familiar with their family roots.

“We knew people were coming home to celebrate (Holyrood 50),” said Miskell. “It tied in well. That way, they can benefit from those events all while being here for the reunion.”

Finn said many of these descendants have lived interesting lives, and their paths in life vary drastically. Some are doctors, ships captains, and one is even an agent with the FBI.

The reunion will see the family get together for a meet-and-greet luncheon at the Tea Room. As well, the three women have put together a family tree that each descendant can take home with them. And there are some artifacts that will be on display that had been passed down through the generations, such as handmade quilts.

“We have a few speeches too, because some of them haven’t got one clue about the Duffs,” Finn said jokingly, followed by laughs from the other women.

One thought on “Putting the Duffs back in Holyrood”