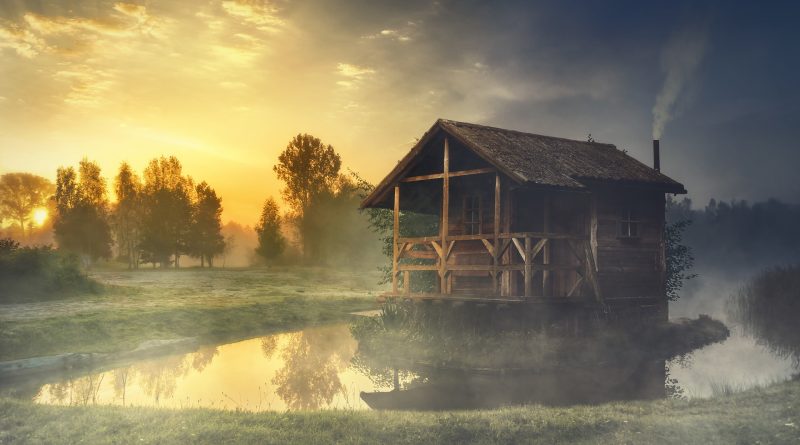 Steve Chafe and I spent a night in Mahers last week. We did some ice fishing and caught eight trout between us. They were biting pretty good in the morning, unfortunately we had to leave to go back to St. John’s at 11 a.m., only for that I think we would have had twice as many.

The moose applications must be submitted by March 29th, 4:30 p.m. I’m in pool six this year. The on-line registration system is very convenient.

I guess by now most folks have heard there have been some coyote sightings recently in St. John’s. Of course, over the past few years, there have been coyotes spotted throughout various towns and cities in this province. For example, trappers and hunters often encounter them in the country relatively close to CBS. The fact of the matter is that coyotes can, will and do live close to urban areas. In other provinces and throughout the USA coyotes live everywhere from large urban parks to a huge metropolis such as Los Angeles. They will eat garbage, small pets and pet food left on your patio, bird feed and compost might also attract them.

There have been a few, rare cases across North America where small children and adults have been attacked. Recall that a jogger was killed in Cape Breton Highlands National Park in October 2009, a few years ago by a pair of coyotes. Thankfully, such events are very infrequent. Cats and small dogs out in a bushy back garden are most at risk of a coyote attack.

With regards to coyotes carrying off your pet, we know that owls and eagles might also do the same thing. And here in Newfoundland from time to time moose wander into urban areas, as do foxes and even the usually shy black bear. Remember that a black bear was seen near Ferryland last July?

Personally, I think it’s great to know that we share our homes with our living creatures. Of course, the key when encountering any wildlife is to treat it as a “wild” animal, and don’t approach it for a picture.

Of course an unexpected close encounter can generate worry and fear, regardless of what statistics might say our chances of being killed by a wild animal are. For example, I can remember when I was a child and my parents and my grandmother were staying a few nights at a cabin near Terra Nova Park. We were awakened early one morning by a mother bear with a cub (she may have had two it was almost fifty years ago) prowling around outside. My Mom and Nan were pretty upset, as I was, but Dad tried to keep us all calm and eventually the bears wandered away.

But with any wild animal there is a potential risk. I did a story some years ago for another publication about a guide who was leading some non-resident hikers through Northern Labrador. They were startled from their sleep by a polar bear banging through pots and pans in a dining fly. The guide and hikers were in tents, there were no cabin walls to protect them from the large carnivore. The guide exhibited coolness under pressure and quickly uncased, loaded and fired a high-powered rifle and dropped the bear in the midst of the tents. This was a situation with the potential for someone to have been seriously injured or worse.

In 2004, I wrote a book about the arrival and expansion of the eastern coyote through Newfoundland. The book is called The Newfoundland Coyote and is dedicated to my sister who died in March that year. I chose that title even though the coyote isn’t native to this island, but like the moose and snowshoe hare, the coyote has made its home here.

In the course of conducting interviews for that book, I spoke with a wildlife biologist who told me that, in his opinion, the most dangerous animal on the island was neither the coyote or black bear, but a cow moose with her calf or calves. Cow moose get mean in a hurry when anything or anyone threatens their calves.

I was hiking in a provincial park in western Newfoundland some years back, when I rounded a corner and came face to face with a big cow, with a calf a few paces behind her. I brought up solid and the cow instantly pinned her ears back and glared a look of pure hate at me. I backed up real quick and then turned and bolted. Thankfully, the cow didn’t follow me.

One time when I was out in western Canada, I recall being in one of the National Parks and a large section of hiking trail was closed off due to sightings of a grizzly bear in the area. There were barriers on trailheads and signs warning hikers of the grizzly. It was ironic to think that people were visiting the National Park because of its wilderness, its rugged beauty and varied wildlife, but in order to protect visitors, the grizzly had to be given space.

I’ve hunted coyotes using a caller and bait, and have seen a couple. One evening when I was hunting I had some old moose meat out under a tree for bait and I had made a few calls. Just as the sun dipped below the horizon, a coyote started howling. It made the hair on my neck stand up, I’ll never forget it.

But aside from hunting coyotes, I do get a thrill out of seeing them while cutting wood, or trouting.