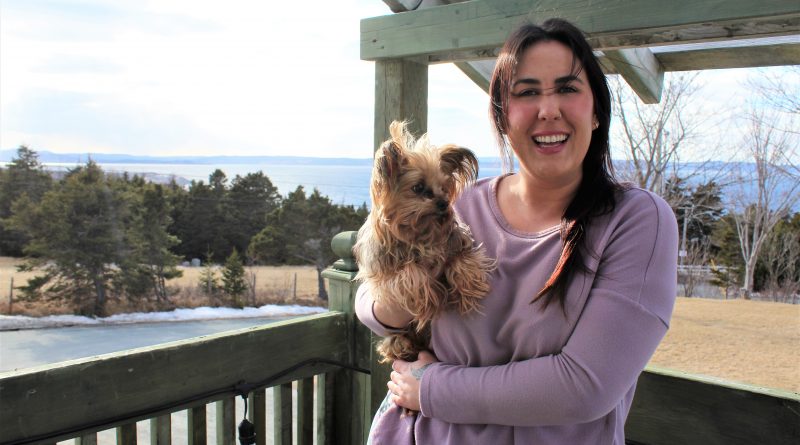 After giving reality television a shot, a Conception Bay South woman says she’s not likely to return to it.

Although she said she had a wonderful experience, Holly Noseworthy says her stint with Big Brother Canada will likely be her only one.

Big Brother Canada is the Canadian iteration of a popular Dutch reality show franchise that dates back to the late 1990s, but is better known for its American version. In the show, competitors, known as houseguests or housemates, spend a lengthy amount of time living with one another in one large house, cut off from interacting with the outside world, all while being constantly monitored by cameras and microphones in between various mental challenges the group members have to participate in. Over time, the houseguests are voted out of the house every week until one remains and is crowned the winner of that particular season.

As of 2018, there have been approximately 445 seasons of Big Brother across the various countries the franchise has spanned to, including Canada.

The Canadian franchise just recently started its seventh season, featuring 14 houseguests from across the country. Of these 14, two participants from Newfoundland have managed to pull through the initial voting stages to land themselves a seat among the other 12 – Adam Pike of Spaniard’s Bay, and Samantha Picco of Conception Bay South.

However, there were almost three representatives from Newfoundland on this year’s season.

Noseworthy along with Cory Kennedy of New Brunswick, was one of two hopeful participants who were vying for the final position as a houseguest. Although Noseworthy did not make the final 14, she says the experience was still something she won’t soon forget.

“I had actually never watched Big Brother, but my girlfriends were just so adamant on me trying out for the show when it came by in the fall, and I kept saying ‘No, I’m not trying out. Why would I do that? I don’t even watch it!’ But they kept telling me how good I’d be for Big Brother,” Noseworthy said.

When September of 2018 rolled around, and tryouts were taking place in St. John’s, Noseworthy, coincidentally, was asked by one of her friends to go out for some afternoon food and drinks.

“Looking back at it now, I see she was scheming,” Noseworthy admitted, laughing.

Despite her hesitations, Noseworthy says she finally decided to give the audition a shot. Of the some 200 people who were in attendance that day, Noseworthy was happily surprised to see herself progressing through the initial tryouts, and then through another online audition, and again for the final competition in Toronto.

“At that point, I knew I was going to be what they call a vote-in on the show. I was mind-blown, but it was very, very exciting. It came down to myself and (Kennedy). She ended up winning the spot, and honestly I’m really happy for her,” Noseworthy said. “I think she was a bit of a super fan, whereas I had not even seen the show before this point, so I’m glad she’s getting the chance to experience this even further.”

Noseworthy says it’s unlikely she will try out again.

“It was really, really cool, but it was also a lot of work,” she explained. “From the time I first auditioned up to now, it was very secretive. I couldn’t talk to anyone about anything. I had to fill out a lot of paperwork, and it just felt like this little thing sitting in the back of my mind all the time, even when I was at work or whatever else … I don’t regret anything. For me, I’m willing to try anything once, and I tried this, but that’s it for me now.”

Still, Noseworthy feels certain that she would have made a solid competitor.

“I think I would have played a really good game. I’m true to who I am, I mean what I say, and there’s no back doors with me, so I think that would have worked both as an advantage and a hindrance for me,” she said. “I don’t know how long I would have been in there without feeling like I was going insane, you know? You’re living in one big house with all these strangers for up to three months. You have no cell phone, no computer, no contact with anyone really, and it’s definitely going to test you, mentally.”

But now that she has this experience under her belt, Noseworthy has become an avid watcher of the show, making sure to tune in to the weekly episodes and root for her favourite houseguests.