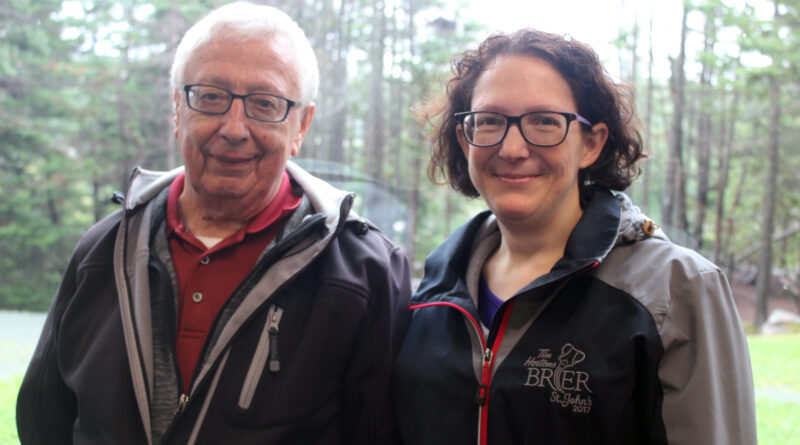 The two residents in attendance at the Federal Electoral Boundaries Commission Hearing held last week at the Manuel’s River Interpretation Centre in CBS had only one complaint for the Commission, that being the time of day the hearing was being held.

Justice Alphonsus Faour, a member of the Commission, which is non-partisan and legislated to review electoral boundaries every decade, said that, frankly, the Commission hadn’t considered it.

“We just looked at what was convenient for us, and I so appreciate your comment on that,” said Faour.

Julie Eveleigh, another member of the Commission, admitted that as a former educator she should have thought to hold the hearings in the evenings.

As to the proposed boundary changes themselves, Herridge and Facey both spoke highly of the proposal to redraw the boundaries so that Paradise, which is currently divided between Avalon and St. John’s East ridings, would be brought entirely within Avalon.

“I’m thankful that Paradise is finally in one electoral district,” said Facey. “That was a huge sticking point for myself and my family, as myself, my parents, and my siblings all live in the same town, but lived in two separate districts.”

Currently, the majority of Paradise lays within the Avalon riding. A section east of Topsail Road, following the intersection at Kenmount Road, and a section along Paradise Road as far as Camrose Drive, belongs to St. John’s East.

Facey, who has taught at Paradise Elementary, said that having the community split between two districts made applying for community grants difficult, as folks often didn’t know which MP they should bring their request too. She also noted the divide had a negative impact on the Student Vote program.

“I am a huge proponent of the Student Vote program, and I found in the last election it was very challenging, in that we had to register for the district that the school was in, but not all of the students lived in that district,” said Facey.

“I hadn’t considered the issue of exercises in school, surrounding the Student Vote,” said Faour. “I’ve had the privilege in speaking in schools over the years about politics and government, so I can appreciate where you’re coming from.”

Facey concluding that she has been gunning for the boundary change for years and was glad to see the proposal.

Herridge built further upon something his daughter touched upon, that being that with the voting population split between two MPs, residents of Paradise sometimes feel that they receive less attention than if it had just the one.

“The last election, our two MPs didn’t even have to campaign in Paradise to get re-elected, because the greater population is in CBS, in one district, and in St. John’s, in the other district,” said Herridge.

Herridge also spoke directly to an issue that has plagued Paradise for seemingly as long as anyone can remember, and that recently made headlines.

“The new high school that was meant for Paradise, was switched to St. Phillips,” said Herridge of the controversial move by the provincial government to brush aside the priority list of the  Newfoundland and Labrador English School District. Portugal Cove— St. Phillips happens to be the premier’s hometown. “But the same (federal) member represents both towns, so they’re not going to say anything about it because it’s still within their district,” Herridge argued.

The decision to build the school was of course a provincial, not federal, decision, as Herridge acknowledged.

Following all consultations, the final decision on the proposal will be made within the new year.