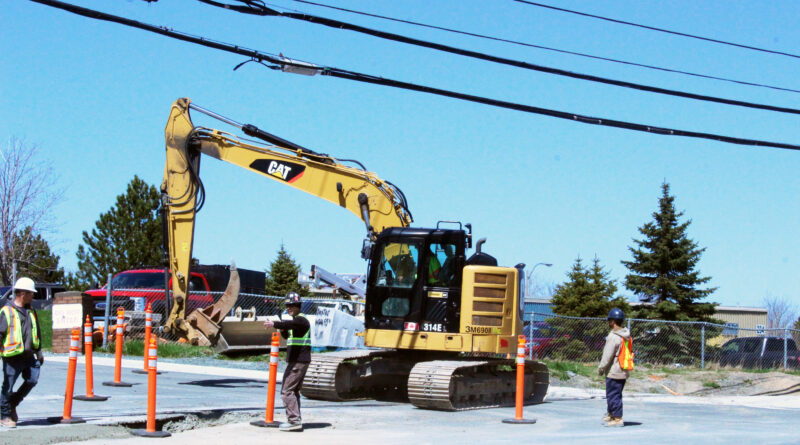 The sun is out, and most folks have put the snow shovels away for the year, so that means construction season has started.

Installation of the long awaited, long demanded pedestrian traffic lights at the Eason’s Road crosswalk near the Manuel’s River Interpretation Centre began on May 2 and resulted in the closure of a lane. The work is expected to last eight weeks, and construction will be ongoing from 7 a.m. until 5 or 6 p.m. Monday to Friday, as well as some Saturdays.

On May 9, just a few kilometres west of the Eason’s Road work, work began on pedestrian traffic lights and upgrades near St. George’s Elementary.

This work, which will last about three weeks, also resulted in a lane closure. Sidewalks and crosswalks may be closed due to construction.

The work is ongoing from 7 a.m. until 5 or 6 p.m. Monday to Friday, as well as on some Saturdays.

Further west along Conception Bay Highway, the town is forbidding left hand turns from Route 60 onto Dunns Hill beginning June 1 for the next 12 months in an effort to address traffic concerns in the area. Residents who wish to get onto Dunns Hill Road during the duration of the pilot project will have to turn left onto Greeleytown Road and then onto All Saints Road.

Changes to the area will be marked with signage, pylons, line paint, and concrete islands.

The project was born out of public engagement held as part of the town’s integrated transportation study.