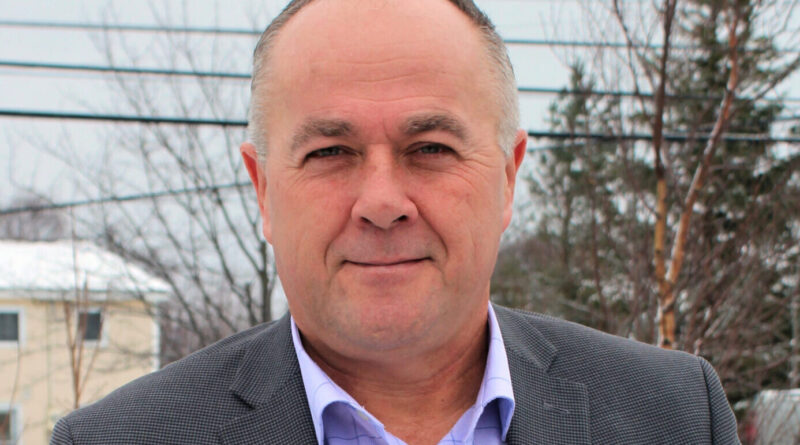 Conception Bay South MHA Barry Petten hasn’t ruled out a run for the leadership of the PC Party of Newfoundland and Labrador, but neither does he appear to be placing such a move on the top if his agenda.

Petten was asked about the upcoming PC leadership during a year-end – look ahead interview last month.

First elected in 2015, Petten has weathered a number of close and not very close elections which all went in his favour, along with several changes in party leaders, and like everyone else, the ongoing coronavirus pandemic.

Looking back at last year’s early election call, Petten said it was anything but necessary.

“This was an election that didn’t need to be called,” said the member. “I felt that from the beginning.”

Petten said the governing Liberals were being opportunistic by sending people to the polls in the middle of winter, during a pandemic, when they still had some months left to meet a legislated requirement to go the polls because a new leader had taken over the premiership of the province.

One of the biggest changes on election night was that Petten’s own leader, Ches Crosbie, lost his seat to Liberal candidate John Hogan. Crosbie resigned as leader shortly afterwards. Since then, the PC’s have been led by David Brazil on an interim basis. Petten isn’t saying yet whether he will give it a try.

“I’ve been asked that question, but I haven’t given it, I guess, serious contemplation,” he said. “It’s not on my front burner now, but who knows? It’s not top of mind but it’s always something to keep under your hat. Right now, it’s not something I’m planning, but anything could change.”

Petten has been busy fulfilling his constituency duties and his role as an Opposition Critic and House Leader. That role includes keeping tabs on the government’s Covid response.

Petten said the Liberals are doing an okay job, but need to plan better.

“We’ve managed well here as a province, no doubt because we are an island,” Petten said. “There have been some good decisions made, but a lot of it there’s been no plan. I think for the most part, and I’ve said this different times, we’ve been fortunate in our geography – our population is spread out, and no doubt some management by the public health office (helped), but a lot of this stuff is coming on us and there’s no plan in place. We’re two years into a pandemic and every time a new wave hits us there’s no real plan in effect. I understand that it’s a pandemic. I guess for the most part I give a passing grade, but there’s a lot of room for improvement and better planning is definitely something that could happen.”

Most recently, Petten has voiced opposition to the Province’s plan for reopening schools. He has advocated for a two-stream model that would include the option of online learning from home for families who are not ready to send their children back into the schools with other children.

Looking ahead, Petten is hoping to see the growth that CBS has been experiencing to continue.

“I’d like to see a community centre, for a town our size to have a proper, full-fledged multi-purpose community center not just for one group,” he said. “I’ve said this before is one of my commitments. In addition to that, and this is kind of of new to my radar and it’s caught my attention, (we need) something for the arts community. Again we’re the second largest municipality in the province, our arts community is growing and it’s growing around CBS.”

Petten said he also supports the Town’s effort to grow its business base.

“This is probably more a municipal issue, but it’s something that provincially I’d like to support,” Petten said. “We’ve got to get a bigger business base in town. We have to attract more businesses. We need a commercial base here. I do believe that a town our size needs more amenities. We’ve got a town of 27,000 people and it’s a challenge to buy a pair of socks in the community. I think that’s something that we need to all work together (on) from the municipal level, to the provincial and federal to try to attract a better business base.”

For Petten, he’s proud to be representing his home district in the House of Assembly.

As for the district generally, Petten said he intends to follow the same approach he always has. “My claim to fame in the district is that I am very accessible,” he said. “I take pride in working for the constituents. They’re the ones who ultimately ‘mark the X’ for me.”