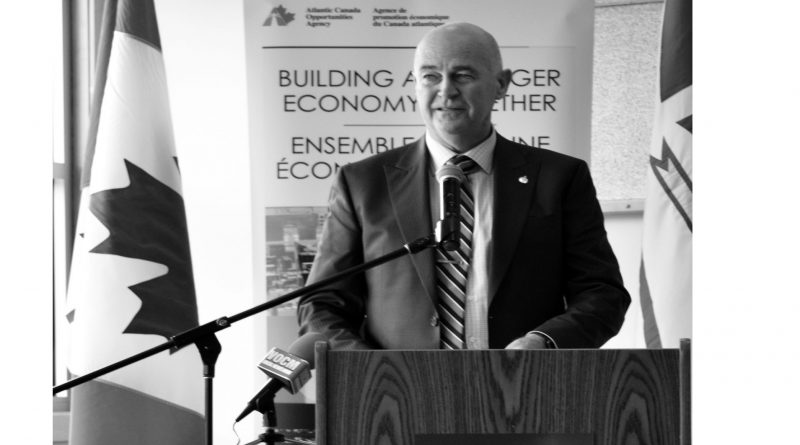 Ken McDonald says he’s worried about what it might mean for the future of the province should Erin O’Toole’s Conservatives displace the Liberal government in this fall’s election.

He points to the Liberal’s recent $5.2 billion deal to help offset Muskrat Falls costs and $38 million in funding for the Hibernia Project under the Oil and Gas Industry Recovery Assistance Fund, and wonders what those deals would look like if they fell into Conservative hands.

“My fear is that if the Liberals don’t stay in government after this election, those arrangements won’t be honored by the Conservative Party if they are the people that form government, and that will be detrimental to the people of this province,” said McDonald, the incumbent Liberal MP in Avalon Riding.

“I look back at what it was like when Stephen Harper was Prime Minister. We had a premier who actually flew the flag upside down because of the way that government, and that Prime Minister, treated this province,” said McDonald. “And we haven’t seen that since, and I don’t want to see that in the future.”

McDonald, who ran successfully in 2015 and again in 2019, has long maintained that the image of the Liberals as the anti-oil industry party is a falsehood propagated by the Conservatives.

“We do support the offshore oil and gas industry here in Newfoundland and Labrador,” said McDonald. “We should be promoting the oil that’s off the shore of Newfoundland and Labrador. And for the economic state of our province, the oil and gas industry has to play a major part in us getting out of that mess and getting back on a sound financial footing.”

McDonald also took a moment to address his failure to vote on an Opposition motion in support of the oil industry, something which Conservative candidate Matthew Chapman pointed out in an interview with The Shoreline last month.

McDonald said he had a valid reason for not voting.

“Some people have challenged me, saying that I stayed away from that vote,” said McDonald. “When that vote took place, I was actually in the OR at Carbonear General Hospital having surgery. And it’s a job to vote from the operating room.”

Asked how he would have voted, McDonald said the motion was more about regulations than the actual industry.

Of course, all industries, oil and gas included, have been impacted by the COVID pandemic.

McDonald said the pandemic, despite a downturn in cases and an increase in vaccinations, is still front and center in many people’s minds.

“People are still concerned about the pandemic in a big way,” said McDonald. “There are still people that are really apprehensive about it. Some people are still hesitant to talk to people if they haven’t got their mask on. And people have said to me they will keep wearing their mask, whether it’s going to pay for their gas at the gas bar or whether it’s to go to the Avalon Mall or to go to a public function somewhere… And then you a little bit of the other side of it, where people think there should be no masks, no requirements for vaccinations, and we should be free to travel as they choose. And I think that’s a little bit hard to have sympathy for.”

“Getting out of this pandemic might be a long ways down the road,” said McDonald. “Because if you listen to all the medical experts right across the county, they say that the coronavirus is going to be around for a long while. So, we just have to learn to live with it and control it at the same time.”

As to what health measures he would support, McDonald said he will continue to rely on the advice of public health experts.

“I think we have to listen to the specialists, to the public health people, and if they say that we should wear a mask everywhere we go again, then that’s exactly what we should do. If they say we should not have kids in school right now, then we should be ready to flip right back to online learning again. These are the people that we rely on to give us information that will hopefully get us out of an outbreak and to get us though this pandemic in good standing.”

McDonald said economic recovery coming out of the pandemic will be the next big challenge for government.

“Because this pandemic has really given a punch in the guts to a lot of big businesses and a lot of small businesses,” said McDonald. “We only have to look around at someone who is involved in the tourism industry, or someone that operates a small restaurant, they were brutalized economically with this pandemic… Once we get past that, I think you’ll see things settle down and people get a bit more comfortable, and businesses recovering and hiring people back. And, as the Prime Minister has said, the government will be there to help us get through this. And if that means it (government support) has to go on longer than the fall and maybe into the spring, then so be it.”

With concerns about a potential fourth wave echoing across the country, many have criticized Trudeau for calling a fall election.

McDonald, who noted that he would prefer a fall election over a winter election anytime, said Trudeau’s hand was forced in the matter.

“People will say, ‘Well, you didn’t have to call the election.’ Well, the other parties, and I would say the Conservative Party, have voted for every non-confidence motion in the House of Commons. So, they wanted the election, probably more than anyone,” said McDonald, who admitted the Bloc Quebecois and the NDP have actually voted with government on certain issues. “But the Conservative Party wanted this election. They’ve been at it since day one. So here we are, let’s get this done and over with, and whatever the people decide, they decide. But they should be careful as to who they’re putting in power.”