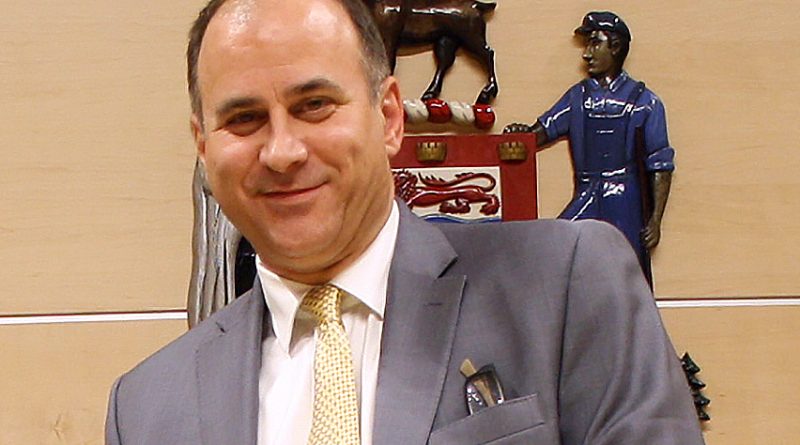 Former Conception Bay South Mayor Steve Tessier is the first to throw his hat into the mayoral election race following current Mayor Terry French’s announcement that he will not be running in this year’s election.

Tessier served as mayor from 2015 to 2017, after then mayor Ken McDonald left the office to run in the 2015 federal election. Tessier, who had been elected as the representative for Ward 2 before being named deputy mayor and then mayor, chose not to run for re-election in 2017 citing business obligations.

“I’m in a different place in my life now,” said Tessier on Tuesday. “My business (WaterWerks Agency) is good, we’ve had a successful couple of years. And you never take your eye off municipal politics once you’ve been in it. So, I’ve been watching what’s going on for the last four years, and over the last six or seven months I’ve been considering coming back on council again. And once Terry stepped down, I received a lot of calls from businesses and developers and friends and people I’ve known over the years, encouraging me to run again for the mayor’s job.”

Tessier said he initially considered running for a councillor’s seat, but soon turned his thoughts to the mayor’s chair.

“I had considered running for council, but the more I thought about it, and the more I was encouraged by the people who’ve called me over the last week or so, I started looking at the mayor’s role again,” said Tessier. “And I enjoyed it when I was there. There were parts that were hard to do, but there were parts that I enjoyed. And I’m the kind of guy that if I’m going to go and do something, I want to be fully committed to it and fully invested in it and give it 100 percent.”

As to why residents ought to feel confident casting their vote for him, Tessier said one just has to look at his track record, especially his accessibility.

“When I was on council before, I was always accessible to the residents of Conception Bay South,” said Tessier. “I had my personal cell phone number posted on the town’s website and everywhere I went I gave people my personal cell phone number. So, if somebody wanted to reach out to me, they would just have to call. I actually remember some reporters calling me during my time as mayor, and saying, ‘I’d like to speak with Steve,’ and I’d say,’ This is Steve speaking,’ and they’d be shocked that I’m actually answering the phone. I’m a big believer in being accessible to the people.  They’re the ones who put you there and expect you to do a job.”

Tessier said he’s proud of council for continuing projects implemented by the previous council, such as the school zone sidewalk project and various paving projects, but he noted he would like to see more water and sewer work completed.

Tessier was also critical of the 2018 decision to make cuts to the humane services department.

“They made some cuts to humane services that I don’t agree with,” said Tessier. “I understand it was a cost cutting measure, but I think the cost could have been recuperated from fees and services. I think in a $38 million budget we could find that money to operate the humane services as it was. It was a great program; we were renowned for how well it was being run, the staff did a fantastic job there, and I think the people of the town liked that fact that we were treating our animals with respect.”

As to the controversial OCI development in Long Pond, Tessier can remember when the project was first floated by council years back, around 2015 or 2016. He remembers being in favor of the project at the time, but noted there have been some changes made since.

“I was a little bit surprised of where it was going to lie now, out in the middle of the pond, verses the original drawings I saw back in 2015 or 2016,” said Tessier. “I wasn’t in favour of that.”

When asked about the possibility that federal and provincial governments may not be as free with funding over the coming years due in part, federally to the COVID-19 pandemic and provincially to the potential implementation of recommendations contained within the Green Report, Tessier said towns like CBS need to make do with what they get, and not look at hiking up taxes.

“You can’t be raising taxes on people,” said Tessier. “That’s a given. People are taxed enough as it is. You’ve got to live within your means. I’ve got a very strong relationship with the provincial government still, and I’m still very good friends with Ken McDonald, who is the MP, so I’m willing obviously to work with both levels of government, federal and provincial, to make sure that CBS gets it’s share of what’s out there. We’re got to learn to live within our means and work with what we have in our hands. That’s going to require some hard work, but I’m prepared to step up for that, that’s why I’m putting my name on the ballot.”

Tessier said that a first order of business would be see that all committee meetings are made public.

“I’ve spoken with other municipalities that have done it and they say it’s very successful and works very well,” said Tessier.

Anyone who does put their name forward, added Tessier, must be prepared for a challenging road.

“We’re a great community, with a great future, and great potential. And we need strong leadership to get us through the next four, eight, 12 years, it’s going to be a lot of hard work,” he said. “And I would suggest that anybody who is considering stepping up to run would have that in the back of their mind. I would caution anyone that’s preparing to put themselves on a ballot that it’s not an easy job, it’s not a thankful job, it’s a lot of sleepless nights and long weeks. But again, it’s something I’ve enjoyed and something that I will enjoy hopefully again in the fall of the year when the election is over and I become mayor.”