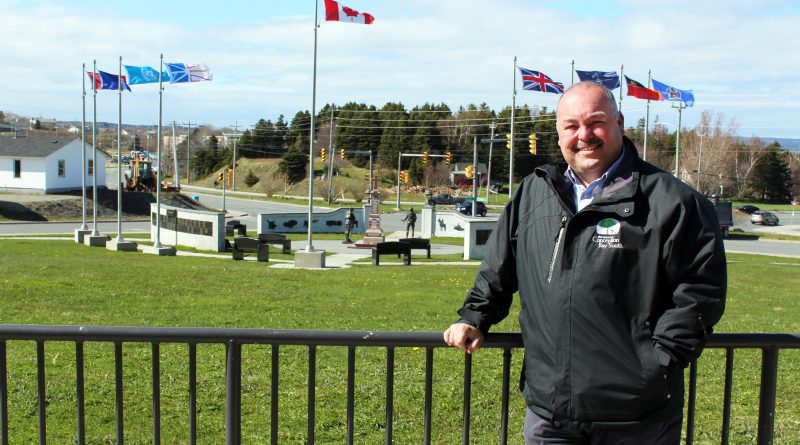 When CBS voters go the polls this September to elect a new council, Terry French’s name won’t be among the choices on the ballot for mayor.

French announced his decision to The Shoreline Tuesday so that potential candidates will have plenty of time to weigh a run for the town’s top municipal job.

The former PC MHA and cabinet minister, who returned from a break from politics fours ago to seek the mayor’s chair, winning it by acclamation, said he knew at the time it might just be a four year stint this time around.

French said there were a few goals he had hoped to accomplish during his term and is happy to say they have more or less been met and he is satisfied with the work he has seen done since 2017.

The first of those goals was the freezing of taxes. French described seeing taxes go up significantly over the years, which was a concern because not everyone’s incomes follow suit. So, he made it a priority as mayor to hold the line.

His third and final goal, French said, was to improve the town’s roads. French said all of council has worked toward that end. This included a sidewalk program, which saw monies budgeted each year to expand sidewalk coverage around schools and other pedestrian heavy areas.

Although there are still roads that need sidewalks, French said, he is proud of what the Town was able to accomplish.

“The priority had to be in the school zones,” he explained. “We wanted to get the 1.6-kilometres done, so that kids could walk along Route 60 safely, to and from schools. We have about 5,000 kids going back and forth to learning facilities on our shore, so it was something we had to take a crack at and we’ve made great progress.”

French said he was also happy to see a new community park approved for Long Pond even if there was some opposition. When completed, the park will provide another open green space, a playground, and a splash pad and ice rink combo – all things the town has needed for many years, French said.

“And finally, we’re going to see the library started this year,” French noted. “It was in 2014 when we initially got the money granted, so to say I’m happy to finally see shovels in the ground is an understatement. That’s something a town our size is certainly in need of.”

Those accomplishments aside, French said the time has come for someone new to take on the job of mayor.

But he allowed anyone interested in the position may need a thick skin and the patience to avoid engaging with critics on social media.

French said the divisive impact of social media has permeated politics right down to the municipal level. And while that isn’t the reason he is not running again, he said, aspiring politicians need to keep it in mind; it’s something that was completely foreign when he first became involved in politics.

“It can get pretty personal,” French admitted.

While he welcomes debate, French said, some of the things he has seen said about him and his colleagues goes well beyond what would constitute a debate.

“People going after my grandmother, who’s been dead since the early 80s – to listen to her name being dragged through social media, that was devastating,” French said. “They can just keep that up for three or four days, and then take it down again. I watched another group attack me and my day job, and I think when people do that, it’s just below the belt. But, having said that, I’m not shying away from the race because of that. There will be trolls on social media long after I’m gone. It’s the least of my worries. I just hope the majority of people see it for what it is.”

The role of mayor is a time consuming one, French said, suggesting it may be time for people to look at it as a full time job.

With the amount of development in Conception Bay South, and unexpected issues such as Snowmaggedon that can crop up, French said the town could really benefit from having a full-time mayor.

Given that he already has a busy full-time job that bodes to be even busier in the coming year, French said, is the reason he is not seeking re-election.

“I encourage anyone and everyone to step up to the plate, but do it with good intentions. Keep in mind what it is you’d like to see in this Town,” French advised. “I went after what I thought should happen in the town’s future, and I think people like when you show advancements and lay out what you’d like to see in the town. That’s what people want. That’s where the success is in all this; not in ripping people down. I really do encourage as many people (as possible) to get involved, but don’t underestimate the amount of hours that’s required to do the job and do it properly.”