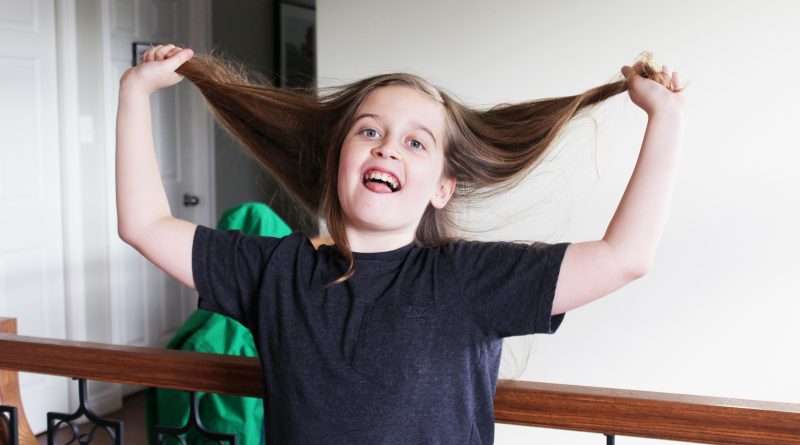 After years of growing out his hair, Ryder Rowsell has decided it’s time for a cut. But not just for that reason.

Rowsell is a sixth grade student at Paradise Elementary who has not cut his hair since around Grade 2. He said his reason for growing his hair so long is simple: he enjoys having long hair. However, more recently he has decided to give his hair a snip. Not because he has grown tired of the length, but because he recognized there are people out there who have lost their hair and he wants to help them.

This milestone in Rowsell’s life has already started gaining traction. His goal is to not just cut his hair and donate it, but to raise money for Young Adult Cancer Canada (YACC).

Ryder and his mother, Julie, have been working together on the project and created a Gofundme page with an ultimate goal of raising about $5,000 by the second last day of school: June 23.

On top of that, he has hopes of finding someone able to take his hair and turn it into a wig to be worn by someone longing for a mane of hair like his own.

“I’ve been growing my hair out for a couple of years now,” Ryder said. “I thought about doing this, so I thought now would be the time.”

Julie said there has been several occasions when people asked Ryder to get a hair cut, even going so far as to offer him $100 to cut his hair. But he stood his ground, deciding to cut his hair when he was ready instead of when others wanted him to.

“At that point I told him that it’s his body and his hair and his choice,” Julie said. “But, when you’re ready, if someone’s going to pony up $100, they’ll pony up a lot more than that. So, when you’re ready, we’ll make something of it and do some good. Now, he’s ready.”

Even without too much advertisement of the Gofundme page just yet, “Ryder’s Epic Haircut for Kids with Cancer” has garnered just over $1,200 as of Tuesday, May 4 in just a week.

The $5,000 figure is simply the goal, however. Ryder said if he happens to raise more than that, then that is an even better outcome.

He said his inital decision to grow out his hair stemmed from the fact that he did not like going to a hair salon, citing how much he disliked having people touch and pull on his hair.

“I like having long hair anyway, especially in the winter when it’ll keep you warm. Like a hat,” he said.

The deadline Ryder has set for his fundraiser is not entirely random. School is out on June 24, but Ryder’s Gofundme will be open right up until June 23.

“I’m going to come to school that day with a new backpack and everything, and everyone’s going to look at me and wonder ‘Who’s that?’” Ryder said.

Julie just recently set up a facebook page for the project under the same name as the Gofundme page, where people can find direct links to donate if they wish to do so.

On there, Ryder and Julie plan on providing people with updates on the project and finding fun ways to get people more involved such as holding a poll to see what sort of haircuts people would like to see him take on once the scissors reach his head.

One specific haircut he has in mind is inspired by his friend Devon, and described it as something like a short mohawk.

Julie said they recently learned just how difficult it is to find someone willing and able to make a wig from his hair.

“Apparently that’s not a thing many people do anymore,” she said.

She has been on the hunt for someone will make the wig after Ryder’s hair hits the floor and welcomes anyone to come forward if they wish to partner with them in that way.

“I just feel bad for people who don’t have hair or can’t grow it, so I guess that’s why I want to do it,” Ryder said.