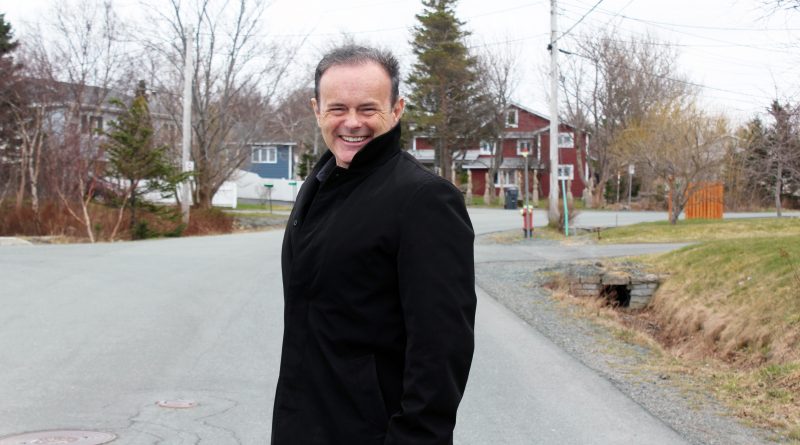 The 2021 Arts and Letters Awards Program recently announced its list of winners, and one of them is ecstatic to be a part of the process.

Dennis Flynn of Colliers has been doing freelance photography and journalism for about 20 years. Although he was recently named a winner in the senior visual arts award category in the 2021 Arts and Letters Award Program, Flynn said he would avoid labelling himself as an artist; rather, he considers himself a storyteller, with photography simply being a medium for what he does.

Whether he is working with photos or the written word, Flynn said he tries to approach all of his work from a storytelling perspective.

The photo that earned Flynn the recognition of the judges is called ‘Spread.’ To describe it, Flynn read a quote by Chicago-based writer and journalist Finley Peter Dunne.

“It’s been paraphrased as ‘the job of a newspaper is to comfort the afflicted, and afflict the comfortable.’ Personally, I think that’s the job of art, too,” Flynn said. “I don’t mean that in a negative way, I just think part of (art) should always be able to elicit some type of response. That could be good or bad.”

Most of Flynn’s photography portfolio includes work that he considers unambiguous; the message behind the photo is clear in each one, as would be the case for regular newspaper photography where there is often not much room for personal interpretation.

“(The photos) are done to accompany the written word, and expand on what’s being said already,” he said.

“It’s done that way for a specific reason: whatever it means to the viewer is whatever it means to the viewer,” Flynn said. “I don’t want to impose anything … I understood the times that we’re in are very different for everybody. I knew I could enter a piece that I would traditionally do, but there’s a long tradition of what they call pandemic art. It’s kind of obscure, but I’m a fan of history and a fan of art in general. There are so many valuable and valid ways to express a vision or tell a story. So, I thought, if there was any year for me to try something different, this was it.”

Flynn looked back to Europe during the 1400s, when the Black Death was ravaging Europe, and examined how it changed art. He observed how the expressionism in art changed so drastically, and was inspired to do the same with his own work.

Flynn was similarly affected by Edvard Munch’s famous painting ‘The Scream.’ Munch had been suffering from the Spanish Flu at the time, Flynn said, and that affliction led him to paint one of his most internationally recognized pieces of work.

“It’s not negative, it’s not positive; it’s exactly however people see it. That’s what I wanted from my own work, too,” Flynn said.

He allowed some people may question his being awarded a prize in the senior visual art category for a photograph, acknowledging there are some who do not view photography as art in the traditional sense.

“There’s a lot of debate about that, but not in my camp,” Flynn said. “It’s art. People say a photo is created in an instant, so there’s no labour, so it can’t be art. But that’s not quite true. You recognize the photo in an instant, but everything leading up to that point is what enabled you to capture and create something new, something artistic.”

Flynn said the Arts and Letters Awards program is a fabulous institution, enriching the arts community in the province by encouraging artists to put themselves out there.

“Because this wasn’t my traditional style, it was really gratifying to get recognized like this,” Flynn said. “It’s a wonderful thing they’re doing.”