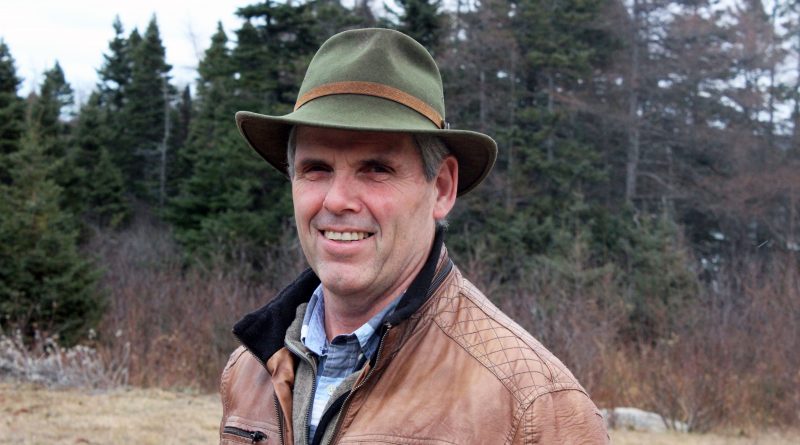 Clem Whittle says he’s always tried to find ways to give back to the community, but never thought he would be able to offer himself as a political candidate. He is running this election as the NL Alliance Candidate in the district of Placentia-St. Mary’s.

“I couldn’t see myself getting invovled in the system of politics which we have now, which is a partisan, or parliamentary system, which is also called an adversarial system,” said Whittle. “Everybody wonders why our system is not working maybe as good as it could… Our government is an adversarial form of government. That’s what it’s defined as. That means that even if you and I are brothers, if we believe in different things in regard to politics, like a Liberal and a PC, we’re enemies. And I don’t believe that.”

Whittle said he changed his mind about running one night after he happened to see NL Alliance Leader Graydon Pelley do an interview on the evening news.

“I didn’t know the man; I didn’t know who he was,” said Whittle. “I thought he had copied my notes. He even made the comment that there were lots of good people who wanted to run but they just don’t want to in this particular type of system.”

Whittle, who is perhaps best known for his 2018 Row of Hope Campaign, in which he rowed a dory through some communities in hopes of starting conversations about the need for political reform, said the NL Alliance represents a new way of doing politics.

“The Alliance is coming from a different place. The Alliance itself believes that the partisan system has had its time,” said Whittle. “They, like me, believe that we can do better with a different kind of system.”

Whittle, who described himself as self-employed for most of his life in one form or another, said he feels successful already having started the conversation.

“I’ve already got what I wanted,” said Whittle. “I don’t like the terms winning’ or losing, I prefer succeeding. So, I’ve already succeeded in what I wanted. I put the conversation out there. I wanted to participate. And now there’s a place for me to do it. And now it’s up to the people whether or not they agree with the ideas that I put forward.”

Whittle said it’s important to get folks working again. In regard to oil, he added, “Oil is something that’s going to run out anyway. It’s not something that’s always going to be here. I don’t know if it’s going to take 10 years, or 20, but I do believe that we are already in a transition period.”

“A lot of people are struggling, and really suffering with social issues, such as addictions, or not having adequate help for those kinds of issues,” said Whittle. “We all know there’s needs everywhere. And my perspective personally is that we have to look after the most vulnerable people first. We have to look after the marginalized people first. It’s like any family; if you had a family member who was sick, and in bed, you would go tend to that sick person in bed… In a healthy society, we have to take care of our most vulnerable first.”

To that end, Whittle is promising to donate half of his MHA salary, should he win the election.

“I’ve already determined that I’m only going to take half that salary; the other half of that salary is going to go to people in my district who might be in need,” said Whittle, adding that if the time should come that he has the financial means, he would considering donating the entire salary.

Whittle said a public inquiry into the Waterford Hospital, especially as it relates to treatment of patients, would also be a major pillar of his government career if elected.

Whittle concluded that he’s not asking for your vote; he’s just asking you to vote for what you think is best for yourself.

Whittle has property in Holyrood, but notes he also has property off the Salmonier Line which is in the district of Placentia-St. Mary’s, where he added he will live full time if elected.

Constituents will have to chose between Whittle, Liberal incumbent Sherry Gambin-Walsh, and PC Calvin Manning on February 13.