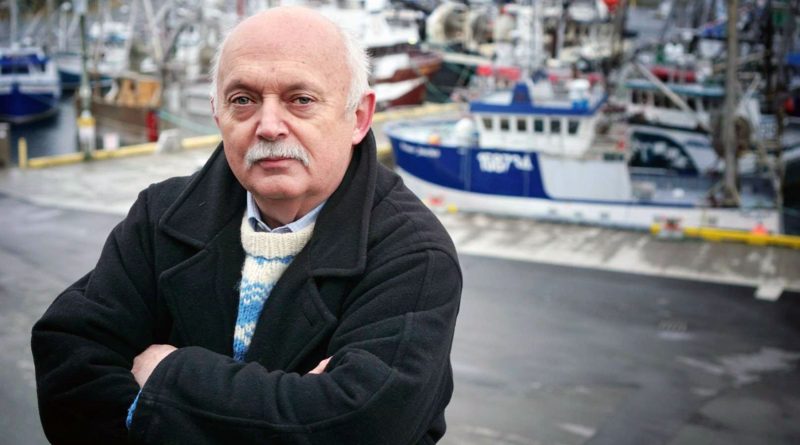 Voters in the Harbour Grace – Port de Grave district have a new name on the ballot for the PC Party this time round.

Roy Sparkes of Bay Roberts said he has had his eye on politics for quite some time. But it had to wait while he completed his first passion as an educator he said. Sparkes said it wouldn’t have been right to try and balance both his career and politics, or to have left his education career behind him.

Now that he is retired and with a provincial election on, Sparkes said he is following the advice of his son and finally taking the dive into politics.

Sparkes said if he gets elected there will be no hidden agendas.

Sparkes studied political science in university, and has a deep interest in political figures and events ever since.

“I was watching René Lévesque, and Pierre Elliot Trudeau, and I was watching these figures on a national stage that were very inviting and interesting,” Sparkes said. “So, my appetite was starting to awaken. Over that period of time, my interest in politics started to churn.”

His former colleagues at the various schools he worked in also played a role, he said. Without them, he noted, he would not be the person he is today and may not be aiming for a seat in the province’s government.

“(The decision to run) was like a Christmas gift to me, but I’m hoping that it will be a political gift for the district,” Sparkes said. “I hope that my involvement becomes a gift, and I hope it has impact.”

Each of the different districts have unique challenges, and Harbour Grace – Port de Grave is no different, he said. One of the biggest things missing here, however, is a concrete plan, said Sparkes. The importance of working with a plan is something he learned during his years of teaching.

He said that people in the district are lost, unsure of what the next step is.

Sparkes said jobs are next on his plate: a note taken directly from the handbook of PC Party Leader Ches Crosbie.

Sparkes said the province is missing out on jobs and it is having an effect on the future.

“Jobs are huge,” Sparkes said. “It’s huge for the young families that we need here in the province. I’ve got a son workig in Scotland as a physiotherapist, but he would be here if there were jobs. I’ve taught thousands, and thousands are after leaving this province because of (no) jobs. There are people in crisis here with very little income and very little support. What’s missing in their life? Jobs. We’ve got a floundering economy. What’s the missing factor? Jobs. We’ve got people leaving the province. What’s the missing factor there? Jobs.”

For Sparkes, Crosbie’s focus on jobs and job creation is what led him to the party. He said although his role as MHA, if elected, would specifically be for Harbour Grace – Port de Grave district, a party with a good plan for jobs in the province is key to getting out of the financial mess that Newfoundland and Labrador is currently faced with.

“Then, people of this province will say ‘We feel good, we won’t jump ship and we will not leave this province,’” Sparkes said. “And what is going to make that happen? Opportunity and jobs. And so, jobs is huge.”