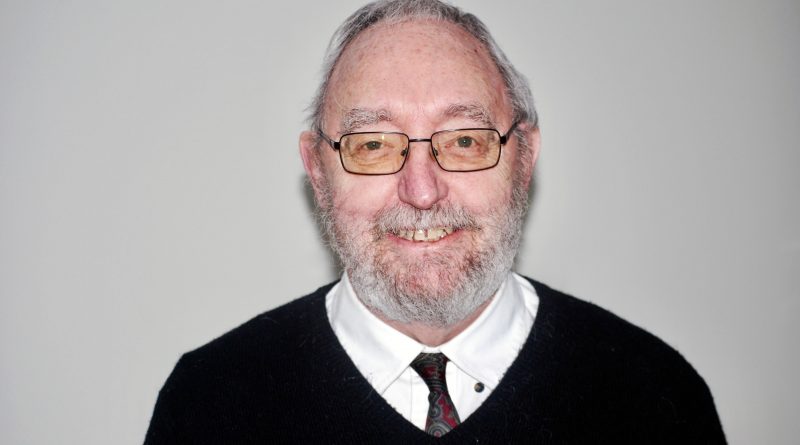 He may just be a name on a ballot, but retired professor Tony Chadwick is earnest about putting the New Democratic Party’s best foot forward in Harbour Main district this election.

Chadwick is originally from England, but moved to the province with his wife in 1967 to teach French at Memorial University.

Although he lives in St. John’s, Chadwick said he saw it as unfortunate that Harbour Main did not have a NDP representative in the last provincial election. He and the party saw it as important that that change this time around, and so he agreed to put his name forward.

Although he does not have a direct connection to the district, Chadwick said he has a longstanding relationship with the province as a whole and wants nothing but the best for it.

He has been involved with the NDP for decades, dating back to Tom Mayo’s 1972 challenge against John Crosbie in a byelection in St. John’s West.

Most recently, in 2006, Chadwick worked on Lorraine Michaels’ campaign and every campaign after that until her retirement. He has also worked on Allison Coffin’s campaign.

“I’ve been involved for some time with the party, normally in the background organizing volunteers,” Chadwick said.

This is the first time Chadwick’s name has been on a ballot. When Gerry Panting was the party’s leader in the 1970s, Chadwick said Panting was determined to have an NDP presence in each district. Chadwick agreed to have his name put forward in the Torngat Mountains. At that time, he did not need to present his papers in person, and the papers ended up not reaching the region on time due to poor weather. So, his name didn’t make it to the ballot.

This time it will be there.

Despite not living in the district, Chadwick said he can still provide Harbour Main with the support it needs from the provincial government.

“It’s going to be difficult in the election, being at this distance,” Chadwick admitted, especially given the fact that he has not found the need to own a car in about 12-years of living in downtown St. John’s. “But, if I get elected, then certainly there would be a constituency office in Harbour Main. I also have friends in the district that I visit quite often in Brigus and Clarke’s Beach. I spend quite a bit of time in the summers visiting them. So, I do know about the district, but certainly not the whole of it. My plan would be to largely rely on the constituency office. But, I would try and spend as much time personally in the district as I can. Being retired, I could spend some 90 per cent of my time there.”

Chadwick said he is looking forward to hearing more from the people of the district as to what kinds of concerns they have. The most obvious one to him is the poor state of roads in and around the district, specifically the Roaches Line.

“I’ve been out on that road a number of times, and you can’t even hold a cup of coffee driving along that road, it’s that bad,” he said.

Chadwick said he hopes the people of Harbour Main give him and the NDP a shot this time around, confident in their ability to address the issues facing the district.