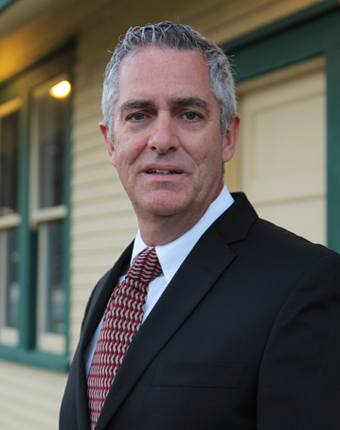 “The retail hub of the bay,” the northside of the bay, that is, is set to swing back into place after the events of 2020, says Carbonear Mayor Frank Butt.

As one of the biggest commercial communities in the region, Butt said the impact of COVID-19 on his town’s economy was especially strong. But now, it’s time for things to turn around.

“Being the retail capital of our area here, we were certainly affected back in March and April especially, when businesses had to close down, and people were put out of work,” Butt said. “But, in the end, we did okay.”

In addition to commercial enterprises, most of the Town’s municipal facilities also closed, save for the Town Hall which had to divide employees into groups and shifts to avoid too much interaction with one another.

With all these things shut down, Carbonear did suffer hit in revenues, but Butt said they were at least able to balance things out due to the fact there were fewer staff on deck to be paid.

All that being said, Butt is glad to see things beginning to take a turn for the better. Carbonear, he said, has a robust economy, and businesses are starting to re-open and get back in order.

One of the other downfalls of 2020 was in the realm of infrastructure. Carbonear had a number of projects slated for 2020 that, due to the pandemic and the restrictions that came with it, had to be delayed.

“What that means is that in 2021, we’re going to be doing all the work of 2020,” Butt said, noting that the work was simply postponed, and not cancelled. “During that, we’re going to include our work for 2021.”

The projects include the re-paving of some of the bigger roadways in Carbonear, including Powell Drive, Marshall Drive, and Valley Road.

“We have some major construction happening in 2021. That’s good for the community, because of course it’s always good to have action happening in the town, especially when that action results in improvements,” Butt said.

Still, not everyone is back to work and not all businesses have been able to re-open just yet. Butt said that’s why council reduced the property tax mil rate from 6.9 to 6.75 and the commercial rate from 9.25 to 9 mils.

“It’s not a lot of savings, but it’s something that hopefully lets people and corporate citizens know that we’re cognizant of their circumstances,” Butt said.

One of the bigger projects that had to be put off was work to the Conception Bay Regional Community Centre, which included a long-awaited extension to the theatre inside. Work on that project has since picked back up. The goal is to have it done by mid-year.

Water Street has seen plenty of work over the past year or two as well, and Butt said that is not going to stop. The Town has received funding for the second phase of the underground infrastructure upgrade along Water. This year, the Town will apply for money to complete phase two of the above groundwork, and for funds to start phase three.

“We have the projections out there, and we are able to handle it,” Butt said. “I always say that you have to get what you’re going to get as soon as possible. That applies to this, because in a year and a half, the funds are not going to be there from the federal and provincial government. That, of course, is a main component of this project. So, we have to be there, at the helm, making sure that everyone knows the value of this project … The Carbonear downtown revitalization is one of those projects that has to be completed. It can’t be half-done. It won’t work like that. So, phase one is something I use as an example to the federal and provincial government for return on their investment.”

The financial well-being of Carbonear ultimately has an effect on other communities in the region, Butt said, and therefore is an important piece of the puzzle for all of Conception Bay North.

“It won’t just help Carbonear, but the whole region, and that’s how we need to look at it,” said the mayor. “It’s a big picture thing; Carbonear, Victoria, Bay de Verde, none of those communities can do it alone, and so we need to promote as a larger entity. The next year and a half or two years are going to be rough, so everyone has to be on the same side.”