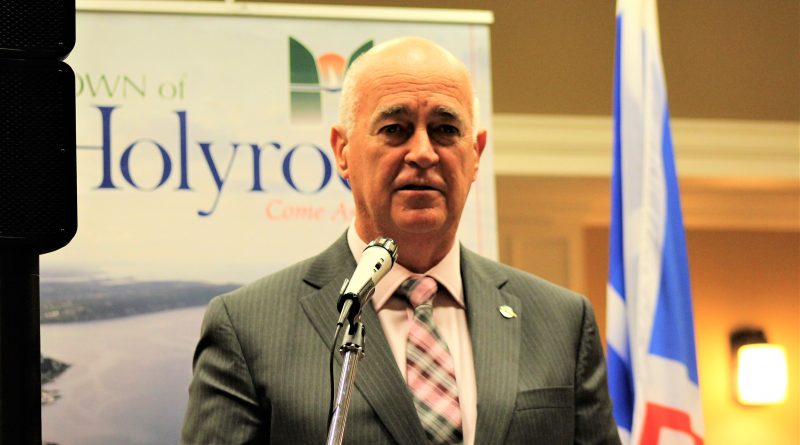 While 2020 got off to a rough start, Avalon MP Ken McDonald has high hopes for the next one.

The federal Liberal Member of Parliament said his riding was no exception when it came to the impact Covid-19 had on Canadians. There was no way of properly preparing for what the pandemic brought, he added.

“It shut down the world,” said McDonald, whose riding encompasses most of the Avalon peninsula aside from St. John’s. “But, I’m proud of the response that our government made to it that got money out the door as quickly as possible to make sure that people – and businesses – could get through this.”

Businesses in particular felt the brunt of the blow from COVID-19, said McDonald, and that was true whether they employed two people or 200. The Coronavirus Emergency Business Account – which offered businesses $40,000 emergency loans – coupled with the federal wage subsidy program saved many businesses and jobs, he said.

Still, the pandemic is not over yet, and McDonald said he is glad to be on the government side of the House of Commons to help deliver programs to the people of Avalon.

He cited the Safe Restart Program, which provided some $27.4-million to municipalities in the province, as an example. On the Avalon alone, that amounted to $5-million for town councils.

“Sometimes people argue that we don’t get enough from Ottawa as a lower populated province and a total of seven MPs representing us,” said McDonald. “Some people think our voice is not heard, but it is definitely heard, because we have delivered. There are many people who would not be as well off today if the Liberal government had not stepped up during this time.”

With 2021 around the corner, many people are wondering how the province will turn things around and lessen the financial impacts of the pandemic. McDonald said one of the first steps lies in vaccination.

Some of the first doses of the COVID-19 vaccine arrived in the province last week, with enough vials to vaccinate 975 people with the required two doses.

Vaccinating everyone in the province will be a lengthy process McDonald admitted, but he hopes people will be open to taking it when the time comes.

“It’s not just for your protection, it’s for the protection of everyone around you,” he said. “Even if you’re a bit hesitant on getting vaccinations – I don’t like needles any more than the next person – I really think that’s the biggest thing people can do right now to see us get back to normal.”

McDonald said another important step to rebuilding the Newfoundland economy is for people to support local businesses and local jobs by buying local.

“They’re there in our communities, and now is the time to show them a little love,” said the MP. “They’re hurting just as much as everybody else; probably more so. Their bills are probably a lot higher than the ordinary household, and I really hope people realize that.”

McDonald said something as simple as buying your cartons of milk from the local corner store instead of the big superstores can be the difference between paying bills on time, or paying them late, for some businesses. “They need that little bit of help, and we all want them to still be there when we come out of all this,” he said.

McDonald said Ottawa will play a role in the province’s economy going forward, and there will need to be a co-operative partnership between Newfoundland and Ottawa over the coming years.

Per capita, Newfoundland spends more than most provinces on education, healthcare and other services controlled by the provincial government. As a member of the federal Parliament, McDonald sees his role as finding help and support from the national government for the provincial one. Going forward, he added, the relationship between Newfoundland and Ottawa has to be one of partnership, not dependence. By showing the federal government what the province is doing to help itself, McDonald said, Ottawa will be encouraged to lend a hand.

To that end, McDonald said he is making sure this province gets its share of federal infrastructure money, which includes funds for municipal infrastructure projects. Newfoundland has been doing well on that front thus far, he added, with some $500-million going into infrastructure during 2020, involving about 600 different projects.

This is work he intends to continue into 2021, given how vital some of the projects are to the sustainability of communities on the Avalon, he said. “Whether that’s a clean water project, or a sewer project, a road paving project, or even building a new fire hall,” McDonald said. “That’s all a part of it. That’s all of what makes it work.”