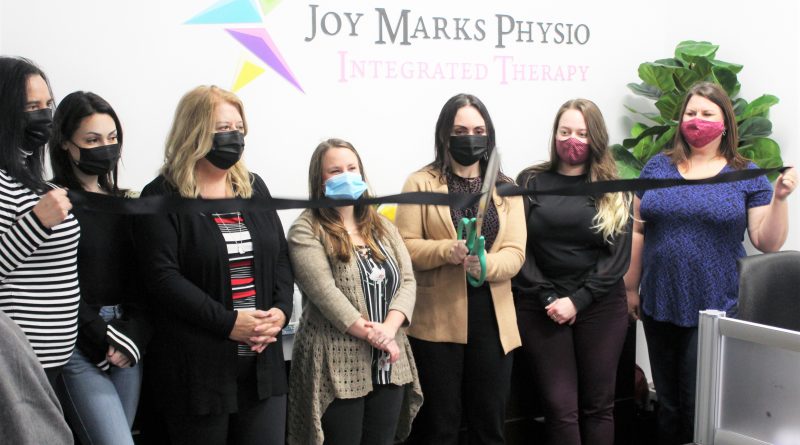 Friday, Nov. 20 marked a big day for another business in Conception Bay South.

Grand openings are important days for any business, but with provincial healthcare regulations limiting the number of people allowed in one place at the same time, they can be a bit trickier to properly coordinate. Still, Joy Marks Physio Integrated Therapy saw plenty of people come out to celebrate their grand opening this past week in CBS.

The business actually opened to the public on Aug. 24, but owner Joy Marks decided to give it some time before celebrating the launch of her business. She said it took approximately two months for all the equipment they had ordered to get in, and although they are still waiting on some smaller things, the majority of it has arrived and is ready to go.

“We’re actually hoping to expand further down the road with more treatment rooms, which may mean more services,” Marks said.

Green and Marks have worked together for about 24 years now, having worked at Villanova Physiotherapy – a business that Marks was originally intending to buy as her own.

That deal fell through however, so Marks took it upon herself to start up her own physiotherapy clinic and said that she did not have to think twice about setting up shop in Conception Bay South.

“I had a client-base here in CBS, and honestly, I just love it here. I love the people,” Marks said. “I’ve moved around a bit, but I’d never want to work anywhere but CBS. It’s the people. So friendly, so nice, so supportive. And very loyal. A lot of my patients, even people from 5, 8, 10 years ago have followed me here. That kind of loyalty means a lot.”