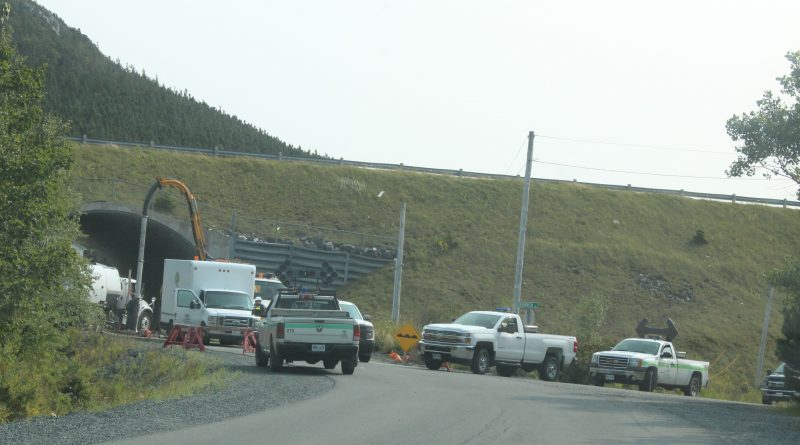 Conception Bay South Mayor Terry French is hopeful that a major water leak on Anchorage Road that called for an emergency fix on Thursday, September 17 is an isolated incident and not part of a larger problem.

Near the end of April, the Town had to deal with four waterline breaks in as many days — one of which was also on Anchorage Road.

“In April and May we had several leaks as well,” French acknowledged. “The first place my mind went is, ‘Now, what’s happening? Is this all connected?’ Early indications are that there’s no connection between leaks we had earlier in April and May and the one we currently have.”

But French said the town is going to investigate to make sure. It has hired engineering firm CBCL Ltd. to look into the many leaks.

“We’ve committed to having a third set of eyes look at this,” said French. “We’re hoping to have a report later this month (September), or early next month, so as to give us a really good idea of what happened in April and May. So, we don’t believe this is connected, but again, we’ll have that report on what happened in April and May, hopefully by the end of this month. And I’m just as curious as every resident in the town. If we’ve got a problem here, we’ve got to darn well fix it.”

French said while lines do break from time to time, it is unusual to have so many breaks in such a short spell.

“This is going to be an open book thing. Once we have that report, we are going to share it with the community, what this third party has discovered. And I have absolutely no idea yet what it will be. But I’m certainly looking forward to seeing it,” he said.

French said when the most recent leak was discovered on Wednesday, September 16, the town had to react as quickly as possible because of a massive storm that was forecast to hit the island Friday evening.

“This is one of those emergency cases where you have to go and get the resources wherever you can get them,” said the mayor.

According to French, the main waterline is split down Fowlers Road, which services up to Manuel’s Bridge, and the other line runs along Peacekeepers Way and services from Manuels Bridge to the border in Seal Cove. All of the town’s water comes from Bay Bulls Big Pond.

“Sometimes with these small leaks you can put them off until you get all of your ducks in order. But in this case, it was one of our main waterlines,” said French.

The Town used its alert system, social media channels, and radio to inform residents of the water shut off.

“Unfortunately, a lot of businesses, and schools, and families were affected,” said French, adding that he estimated that as much as 70 percent of the population could have been affected by the shut off. “It’s been a long day, and rough on the residents, and for that I certainly apologise, and certainly feel for them. It’s just one of those things that happens. It’s something else that 2020 threw at us that we had to deal with.”

French said he especially felt bad for the business operators, who had to shut their doors during Snowmageddon and the early days of the COVID-19 pandemic.

Not all businesses chose to shut down however, and many residents did not lose their water at all.

“You have to drain the line that you’re working on, but we have a reservoir up in Seal Cove that’s running through the system as well. So, again, it depends on your elevation and so on, how much pressure you get, and if you have water and if you don’t,” said French.

The water tank in Seal Cove was full, and, because people likely had water ‘banked’ in anticipation of the shut off, and because schools were closed, there wasn’t a great water demand.

Work was finished by 8:30 p.m., two hours later than the estimated completion time.

“We were hoping to be finished by 6:30. Because of the size of the pipe, construction crews had to be really careful because there’s not a lot of pipe apparently like this in the province,” French said.