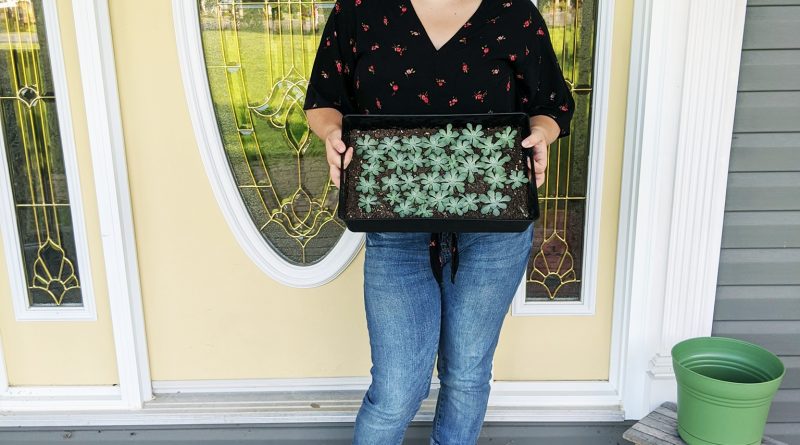 After about a year in business, Cahley Warren is pleasantly surprised by her own success.

Warren runs Stowaway Succulents from her home. It all started when Warren purchased a succulent plant to keep for herself. She soon discovered how quickly the plants could reproduce with her house filling with new growth. At that point, she realized she’d need to start selling them.

Now, it’s become a fully operational business that’s providing a source of revenue for the 17-year-old.

Succulents are mainly desert plants, native to regions with warm climates. Cacti are likely some of the most recognizable succulents to the average Joe, Warren said. Although the plants are accustomed to hot temperatures and desert biomes, Warren has not had much of an issue amassing a sizable inventory of the plants. She mostly grows them indoors and they seem to be doing alright in Newfoundland’s colder climates – even growing a little too tall for her liking sometimes.

“They’re very low maintenance plants. When you take good care of them, they grow big rosettes – flowers. Long stems come out of the middle, and they’re really pretty when they bloom,” Warren said.

Warren said her grandmother got her into gardening.

“But, I kind of suck at growing seeds,” Warren said, with a laugh. “So, I wanted something that’s more low maintenance. I found out about succulents, so I wanted to try that. Now, here I am. Apparently I’m a lot better at growing these.”

Warren described the internet as a saving grace for small businesses during the COVID-19 pandemic. She is able to display her inventory, pick up potential customers, and even make money transactions through a virtual platform. The only in-person contact she needs is to make is to send the plant along to its new home, but even that can be done from the patio with minimal physical contact with her clientele.

“It’s definitely a bit more challenging to manage a business now than it would be without the pandemic,” Warren admitted. “But, I kind of like that challenge. I’m experiencing something with my own business that, even a couple of months ago, business owners would not have had to even think about or overcome. We’ve all had to get creative with the way we do things, even our marketing.”

The business itself took Warren by surprise with its success. And she has come to enjoy the experience as a young entrepreneur. So much so, that it has begun to influence her decision-making process moving forward. Initially, Warren was looking to take on a biology major in her post-secondary studies, but now she is considering taking on a minor in business as well.

For now, however, Warren is also working a full-time job alongside managing Stowaway Succulents.

Her success with Stowaway Succulents is in part due to the help she got from Youth Ventures, she added. It was at the group’s 26th annual awards ceremony, hosted online this year, that Warren was named Trailblazer of the Year.

“It’s a crazy feeling — way more than I ever expected to come from this when I first started,” said Warren. “Back then, I didn’t know what was going to happen, but here I am. It’s hard to imagine, really.”