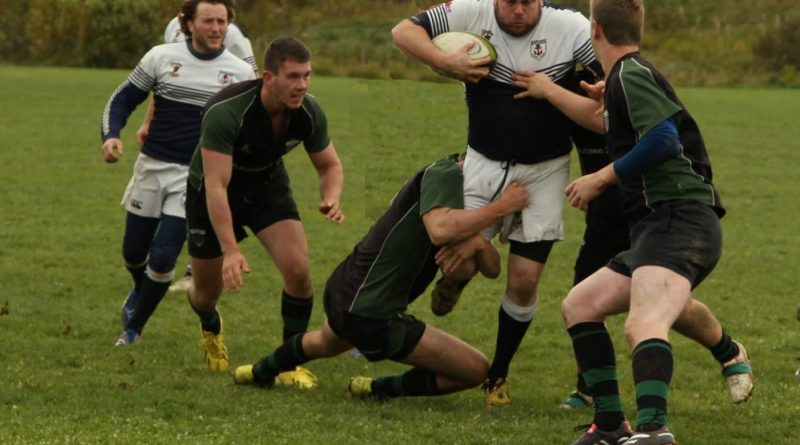 Rugby players in Conception Bay South are preparing to hit the field again.

As the province slowly eases back into a structure reminiscent of pre-COVID-19 life, Newfoundland and Labrador’s various summer sport organizations have been busy figuring out what their respective sports will look like, or if they can even get back to a proper game.

Among them is the Newfoundland and Labrador Rugby Union which, on July 31, began the process of reviewing and approving various return to play plans from the clubs under its wing, including, the Dogs in Mount Pearl, and the Baymen in Conception Bay South.

The Baymen are headed by Basil Crosbie, who said his players are eager to return to the field of play, but know it’s still a waiting game for the time being. The club is awaiting approval from not just the provincial union, but also the national rugby league and the provincial government. Right now, the province is trying to restrict sports to non-contact play only. So for now, the Baymen are focusing on skills and drill practices, exercises, and even some ‘flag rugby.’

Crosbie recognized it may be difficult to justify returning to completely normal play, but suggested a modified game may allow the players and governing bodies to find some kind of common ground.

“We don’t really know when we’re going to be able to play a full, regular game yet, and that may not even come this year,” Crosbie said. “The reality is that a contact sport with no equipment during the COVID-19 situation could be a total no-go.”

That being said, Crosbie said there are other contact sports in the province that are back in action and hopes this might be an indication of what the future holds for rugby.

“They’ve gotten approval from the government, so now we’re hoping we might be able to lean on that and say, ‘Look at these sports here that are playing without any issues; we want to work upon that premise too and see how we can move back to the game we all love.’”

Crosbie said registration for the club is a little behind the numbers from last season, but considering the circumstances that’s not surprising. He did note there have been some inquiries about when the club can return to “real” rugby – a sentiment he understands fully.

“We want to get back to the norm. If that means we have to change a few rules here and there, then so be it,” he said.

Crosbie expects the game is going to look a little different no matter what. He described some rule changes that are trickling down from World Rugby – the top of the rugby food chain –particularly concerning contact points.

“We’ll probably end up, at the very least, operating under those regulations,” he said. “That includes things like limiting the number of scrums. At World Rugby, during COVID-19, if a scrum goes wrong it became a free kick – a minor penalty, basically. There’s a couple changes to the ways tackles are done too. They’re trying to force the tackles a bit lower so that there’s less of a chance for head-on-head collision. That way, people won’t be breathing or getting saliva on each other. Things like that.”

In the meantime, it’s not only the athletic play that’s missed, Crosbie said, but also the camaraderie that comes with being part of a rugby club. When the players do return to the field, they will be seeing friends they made years ago but probably haven’t seen since March.

This, he allowed, will be a big boost for their mental health following months of isolation.

“That’s really important to us. We all want to stay healthy, but that’s not just a physical thing. Staying mentally healthy is just as important, and being able to get out and do what we love plays a big role in that,” Crosbie said.